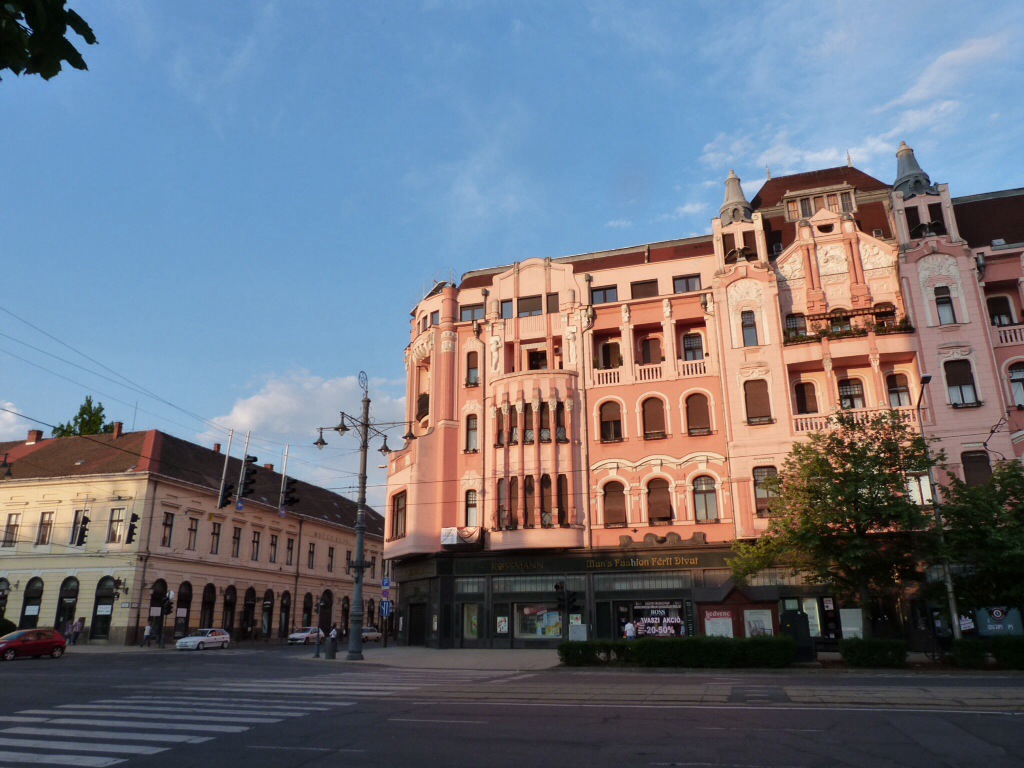 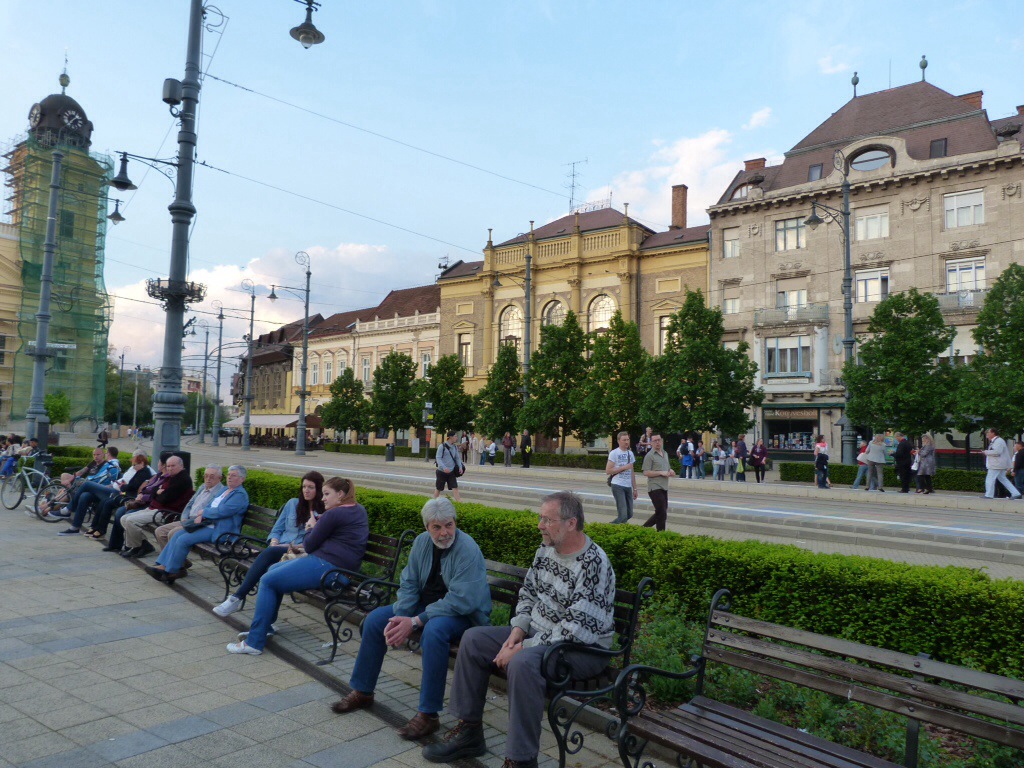 The City Fathers out for the Evening 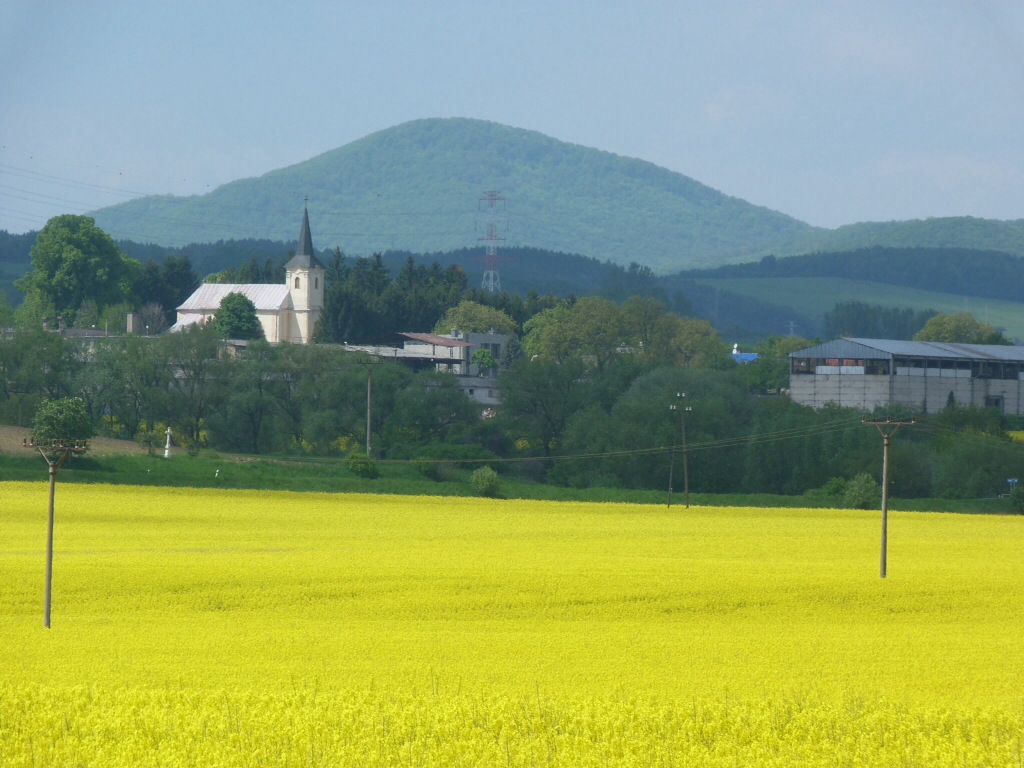 Mustard is Everywhere Patchworked in With New Green Growth 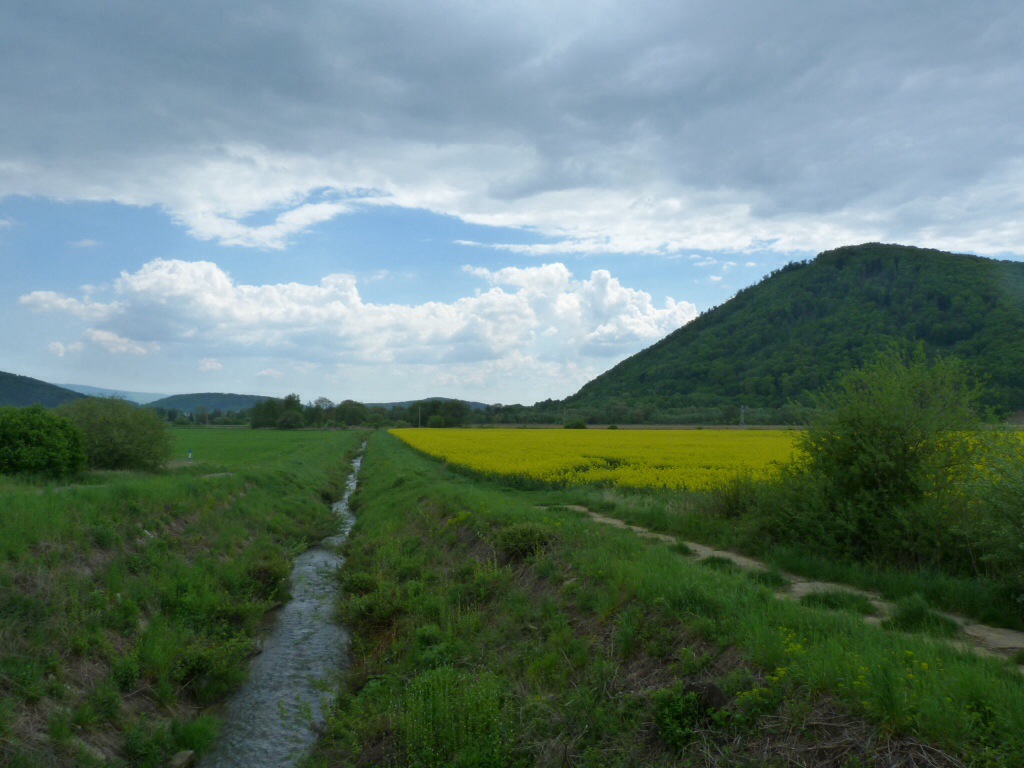 Spring Green and Yellow Over Every Hill and Valley 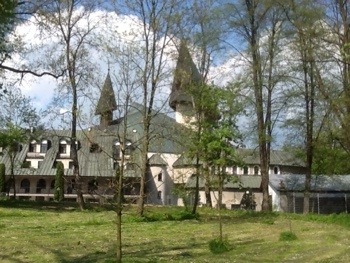 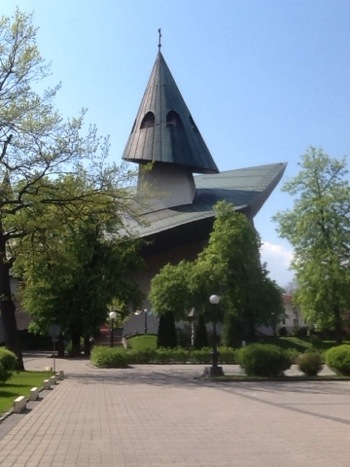 A long day across Hungary’s flat plain crossing from Poland to Slovenia and on into Hungary. How many Slovakians and Hungarians does it take to help 2 illiterate American tourists buy a road permit?? Too many to name, thank enough or count! The countryside throughout the day was glorious, verdant and colorful. Since it was May Day, a national holiday, everyone seemed to be either planting their gardens or working their fields.

Debrecene is just a nights stay, a way point, It used to be Europe’s largest Calvinist city (was called “The Calvinist Rome”) and we saw the Grand Church (Nagytemplom) which is a reminder of the city’s heritage.

Debrecen is also home to a university with  about 25,000 students. 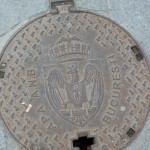 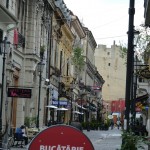 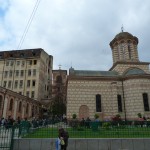 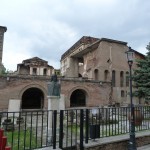 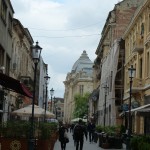 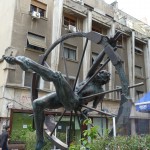 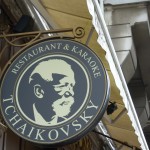 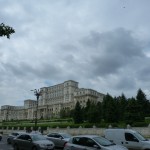 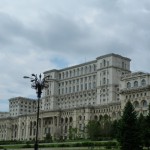 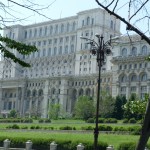 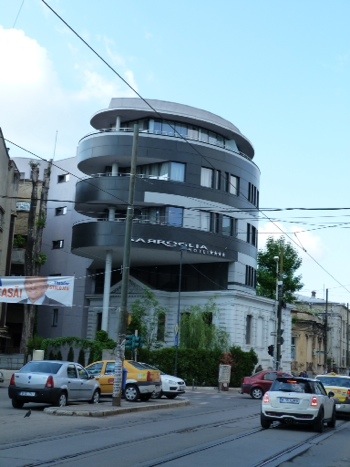 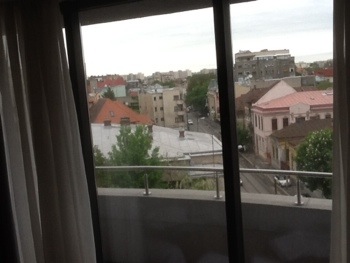 “A Room With a View” 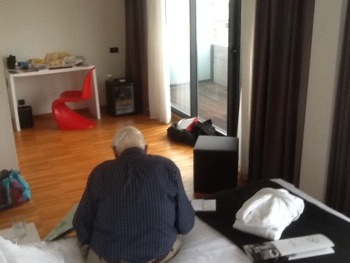 Whose That Sitting On My Bed?

Bucharest is considered the gateway into Romania and is a flourishing city with many large infrastructure projects transforming every district. Once known as “The Little Paris,” Bucharest is reinventing herself and today it has become a very interesting mix of old and new that has little to do with its initial reputation. Finding a 300 year old church, a steel-and-glass office building and Communist-era apartment next to one another in the same block is a common sight. We are staying in a perfect example–a recently opened very modern four story hotel in the Lipscani area which is literally rising out of a ancient building foundation. We overlook all–“beyond Baroque” churches and building converted to embassies as well as the gloomy blocks of communist era apartments.

To get here, we came over the winding mountainous roads through little villages, some prosperous and some very destitute with no clear explanation of why,

Bucharest in recent years, has cultivated a sophisticated, trendy, and modern receptiveness in an attempt to compete with other European capitals. The city has benefited from an economic boom helped in part by EU grants that have assisted in rebuilding neglected sectors such as the historic Lipscani area. Young Romanians in particular seem to be inhaling the pitch of shiny foreign advertisers all heavily hawking their wares: mobile phones, prestige brand cars, cosmetics and clothes. The fitosi the newly rich seem obsessed with gadgetry and appearance. Yet after watching their parents suffering limited choices, paranoia and oppression it is no wonder that these young educated Romanians are living a carpe diem creed.
Conversations with young articulate well educated adults such as our Palace tour guide express misgivings about the current government, the level of corruption and the loss of a middle class. It all sounded very familiar. 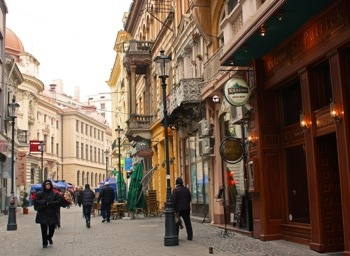 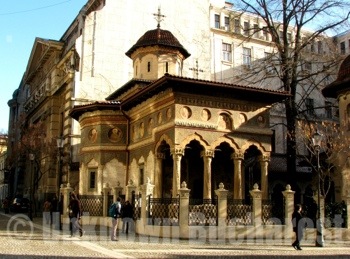 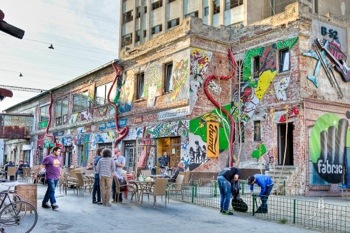 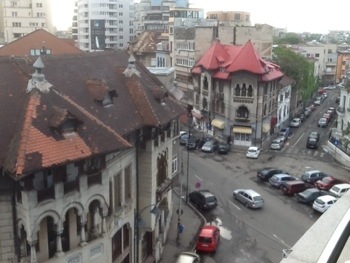 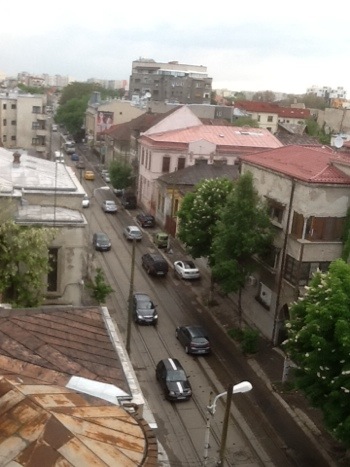 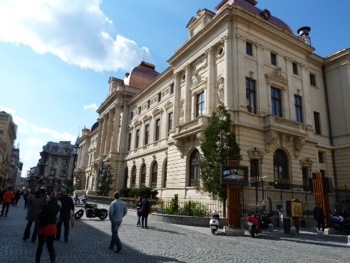 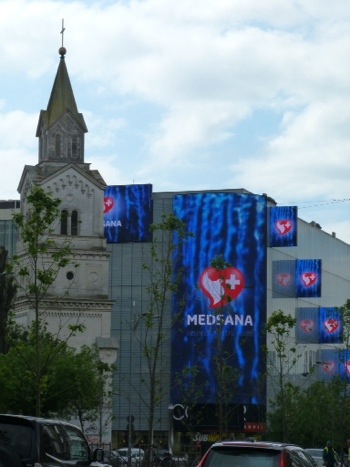