According to a travel article in the NY Times, Zadar may be Croatia’s most underrated destination. A Roman-era city on the northern Dalmatian coast it has a rich architectural legacy along with dozens of nearby islands to explore.

The city’s architectural treasures, which span some 2,000 years include the Forum, a football-field-sized public square designed in the first century B.C. Encircling it are subsequent outcroppings of history: the ninth-century Church of St. Donat, the 11th-century St. Mary’s convent, an Orthodox church built upon a Roman temple and the St. Anastasia Cathedral — Dalmatia’s largest — begun in the 12th century.

The Romans were so smitten with Zadar that they gave it municipium status, the second highest among cities. Today’s population is about 75,000 — most of whom live on the newer, mainland side which is reached either by a pedestrian bridge or by waving down the boatman of Zadar, whose family has rowed folks across the harbor for centuries.

Like many coastal cities, Zadar’s inhabitants meld a progressive spirit with respect for a tumultuous past: oppressive Venetian rule, the constant threat of Turkish attack, 65 percent of the city was obliterated in World War II and heavy shelling during the war of 1991-95.

Again according to the NYT “Zadar — which is seeking heritage-site status of its historic center from UNESCO–possesses a combination of Split’s ancient, blue-collar moxie and Dubrovnik’s well-heeled, outdoor-museum aura. Like those Dalmatian cousins, Zadar is still most famous for an abundance of historical and architectural riches. The newly remodeled Archeological Museum has more than 100,000 pieces from the Paleolithic period to the 11th century.” Imagine the Nelson’s visited BEFORE the UNESCO 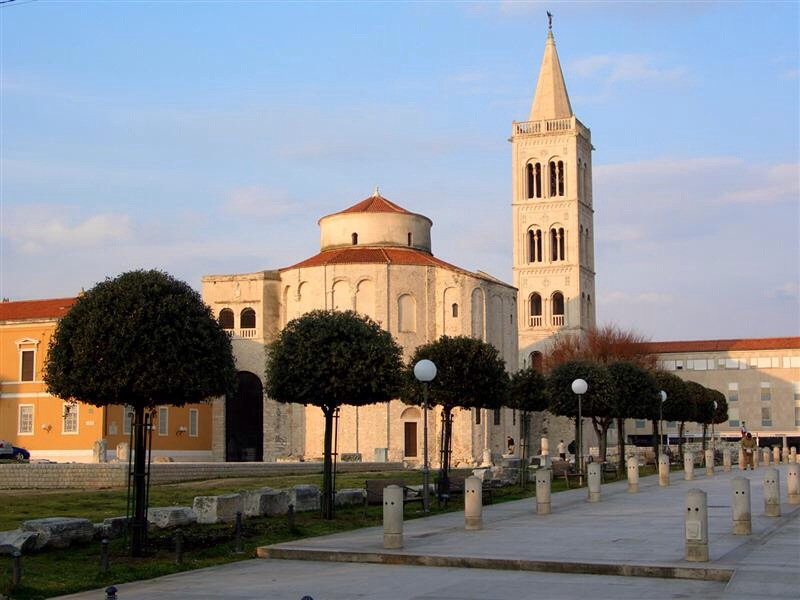 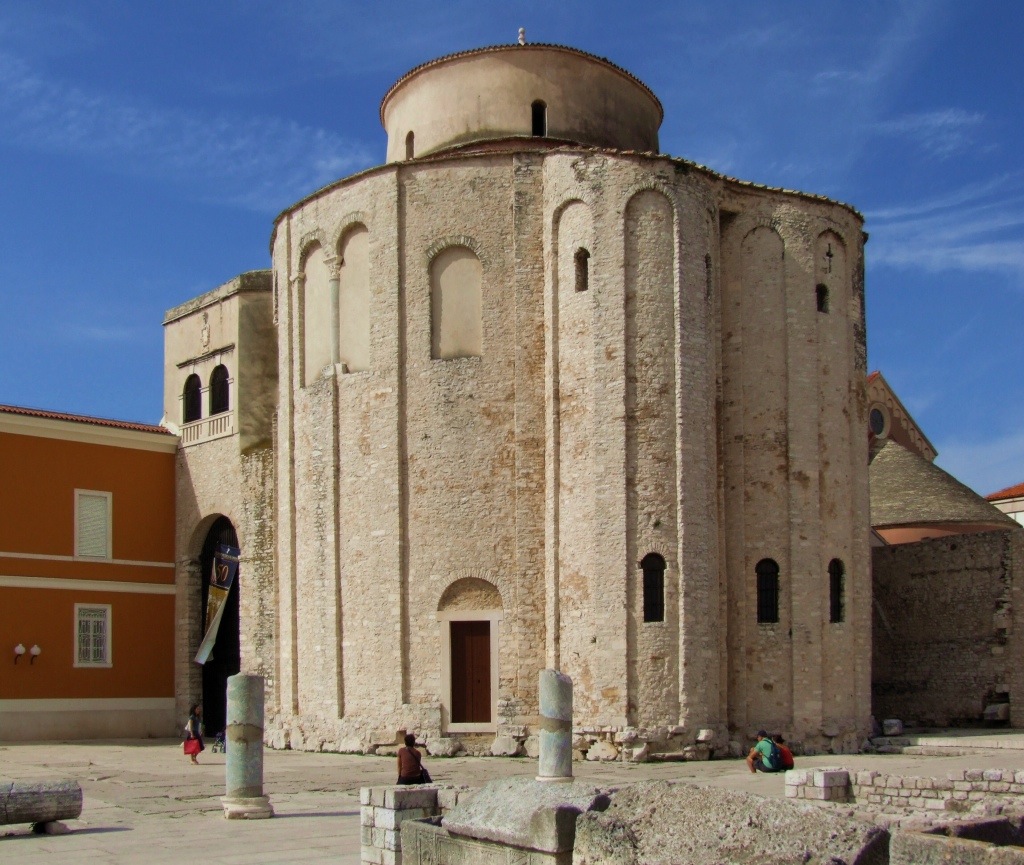 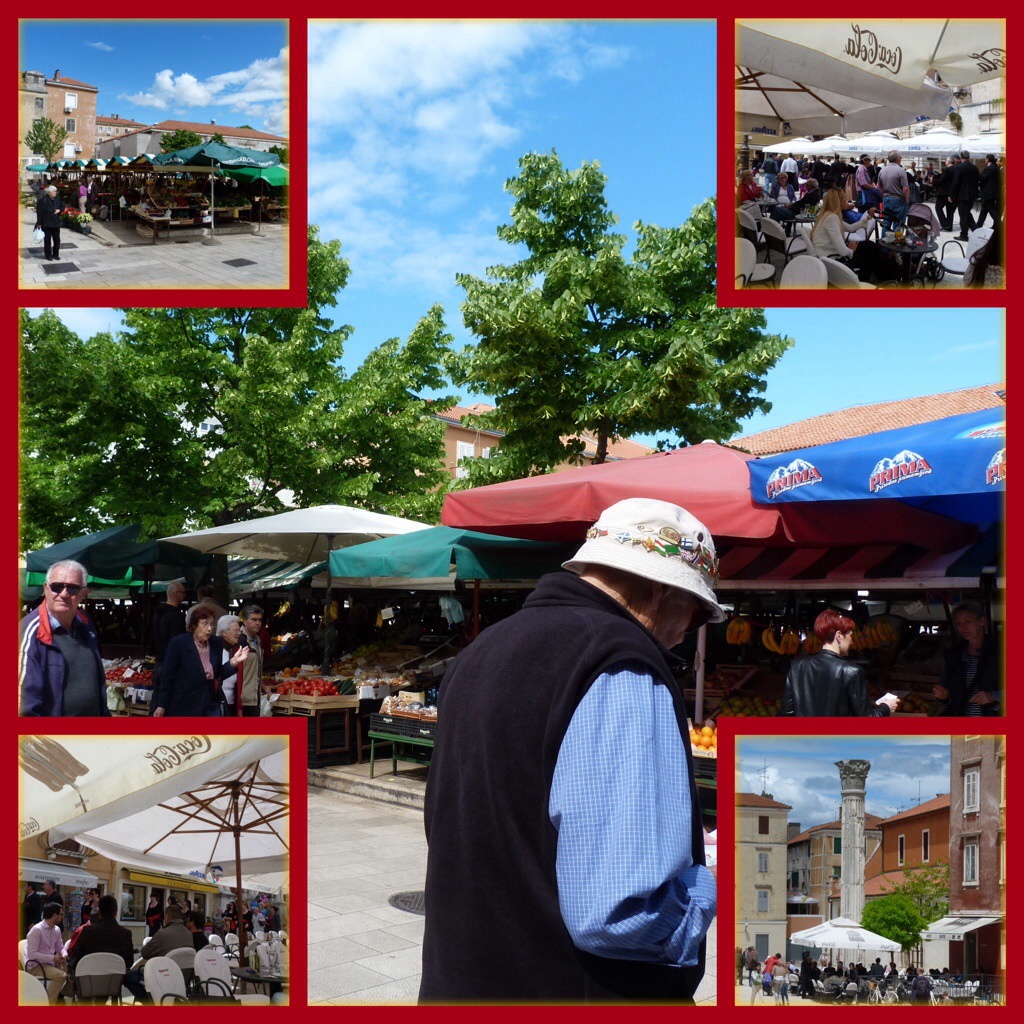 We joined the Saturday morning Zadarian shoppers at the local farmers market and then as they had coffee and we people watched in the square. This appeared to be a regular Saturday morning ritual especially when the weather is glorious as it was today. 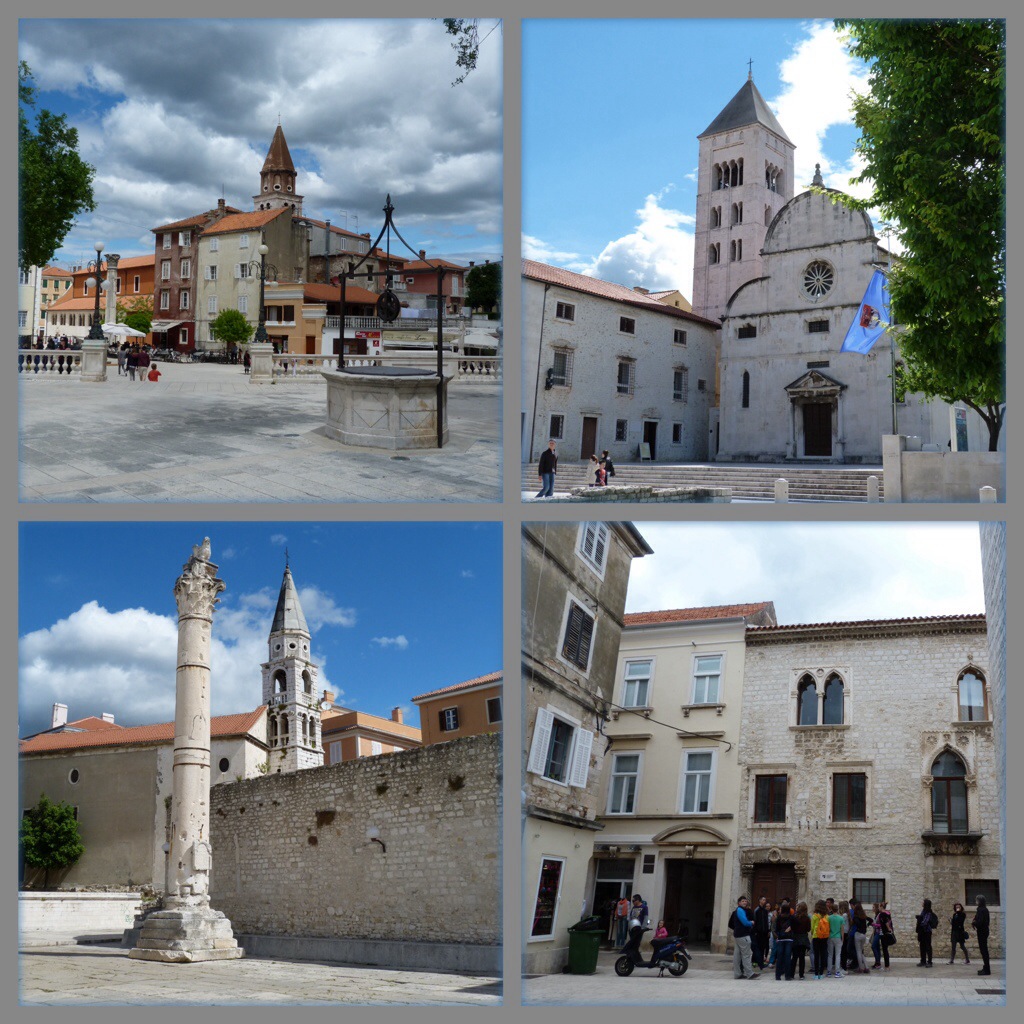 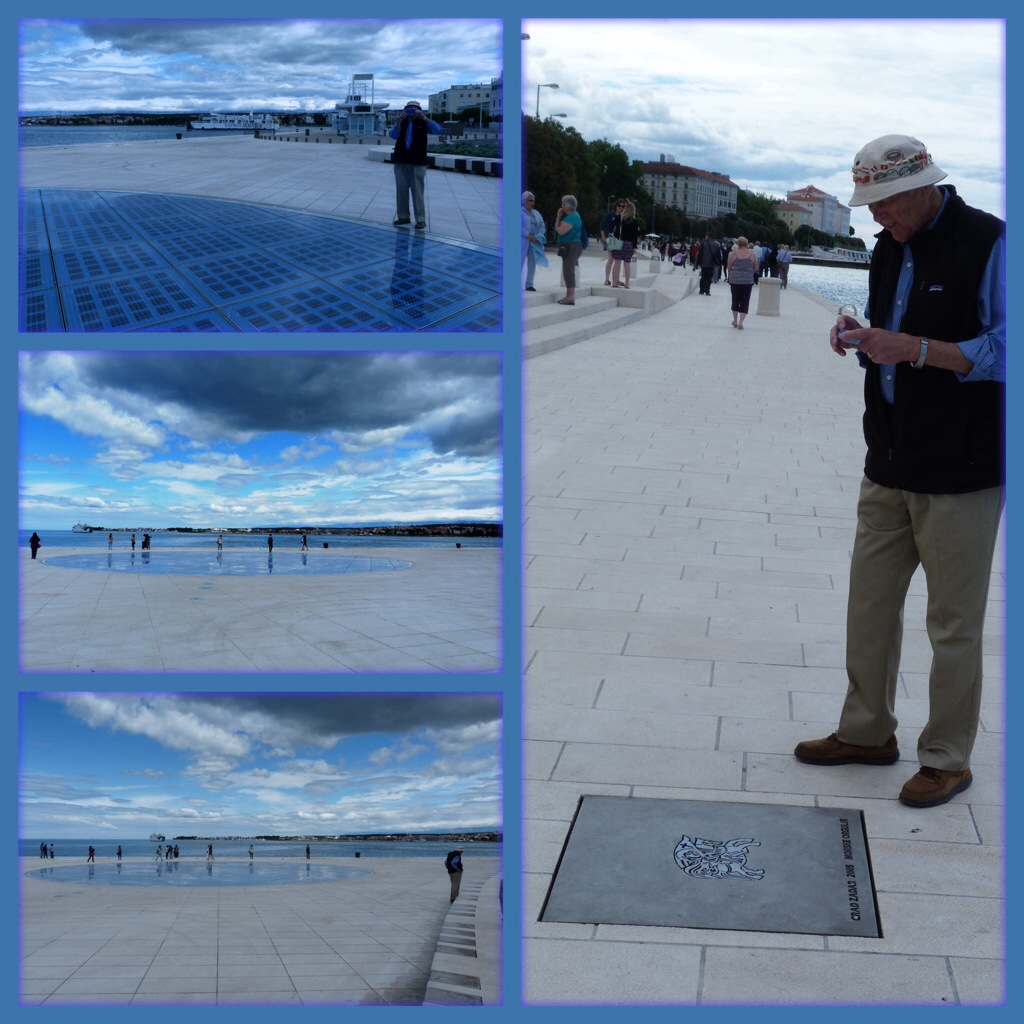