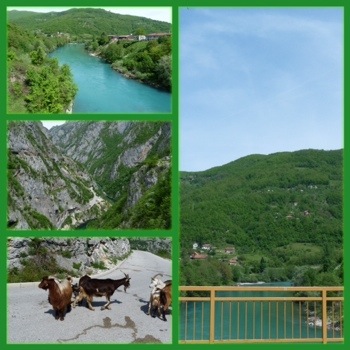 Across Montenegro to Kotor 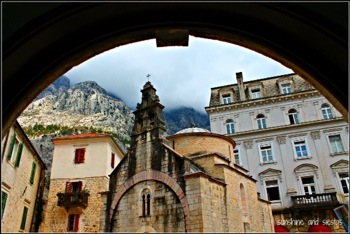 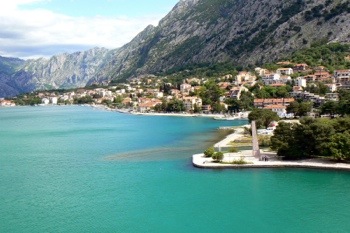 View from Up The Mountain

All roads in Montenegro are two-lanes and most are curvy and mountainous so speeds over 70 km/h (43 mph) are rarely legal, and rarely safe. Locals drive aggressively. Worth the drive I hope!!! It was as curvy, scary and pot hole filled as promised.

Kotor is perched on a narrow ledge of granite filled land above a beautiful bay on the coast of Montenegro. A city steeped in tradition and history, with remarkable scenic views Kotor is a UNESCO World Heritage site. The old city, built between the 12th and 14th centuries, is filled with medieval architecture and historic monuments. City walls that have protected Kotor for centuries extend about four and a half kilometers and lead up to the fortress of Saint Ivan. We will earn bonus Fitbit points climbing up the 1350 steps to see a spectacular e view of the city and the bay from St John’s fortress. We have been encouraged to get out early morning to avoid the tourist crowds. It is raining today so we may have to forgo 1200ft ascent which looks steep and slippery. 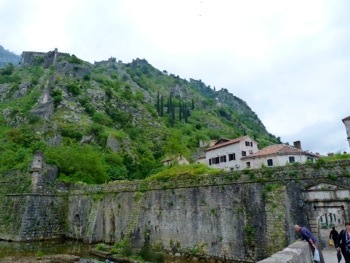 Path Up the Hill

Kotor is situated in a most secluded part of Boka Kotorska bay, in the northern part of the Montenegro coast. It has developed around Stari Grad (local language for “old town”), the city’s old town and best known landmark, which is listed with UNESCO World heritage sites. The bay is the deepest natural fjord in the Mediterranean Sea, and the scenery around it (including the steep mountains which come almost to the waterfront) is spectacular. 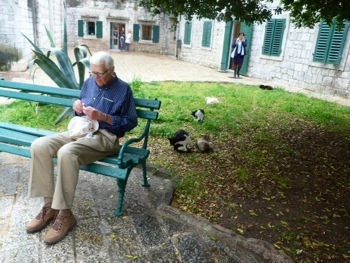 Montenegro Flag Added to the Collection 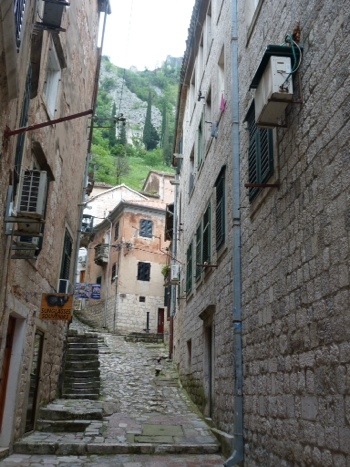 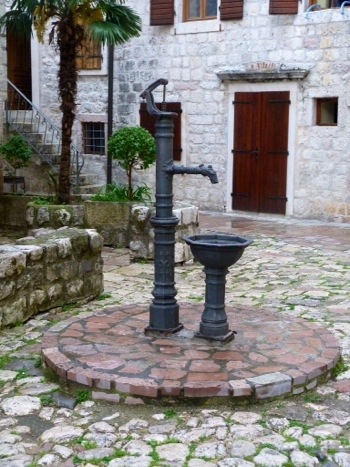 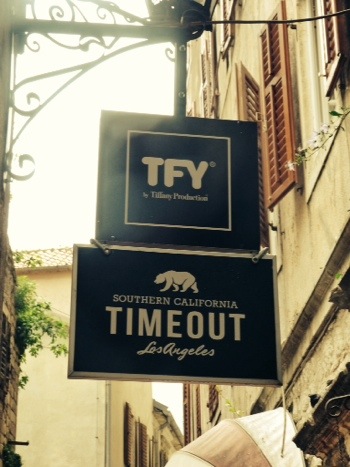 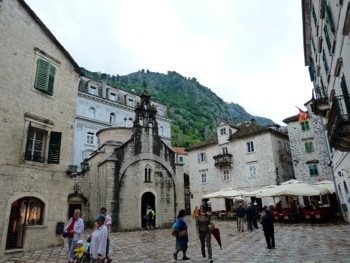 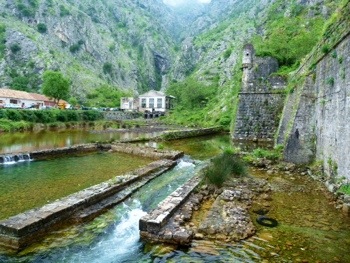 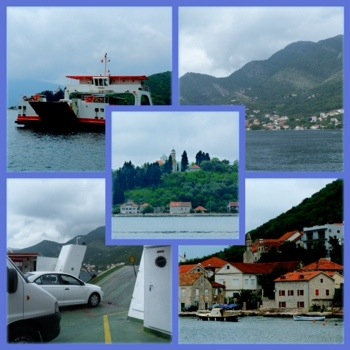 Ferry Trip Across the Bay