Today we drove from Bucharest to Sofia (София), capital of Bulgaria and is its largest city. We crossed the brown Danube and easily negotiated the border crossing. The drive was primarily through vast and thriving agricultural valleys with nestled villages and small towns some distance from the highway. The entire 250 miles was unblemished by industry or the urban sprawl that we had noticed in Romania. Development or industrial presence seems to be specifically confined to planned areas which for such small pocket sized country on the quilt of Europe seems wise.

Sofia is a bustling and busy government capital as well as the economic heart of the country. According to locals it is not a tourist destination. The blend of 19th century European and Communist-style architecture sharing neighborhoods with beautiful onion-domed orthodox churches and Ottoman mosques and entrenched Red Army monuments has a kind of shabby charm. The central government and historic district is dotted with lovely parks enjoyed by families and elders. The people hurrying along the busy streets are frequently very stylishly dressed in the latest American and European fashions and appear healthy. We are staying in the heart of the old city in a hotel that is built upon 4th century A.D.Roman ruins evident in open spaces in the hotel lobby and restaurant as an archeological site. 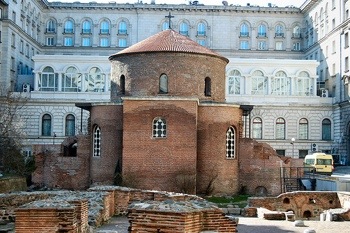 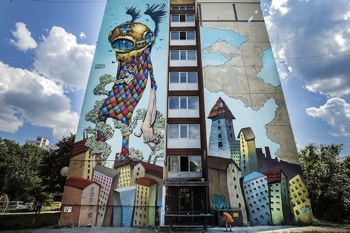 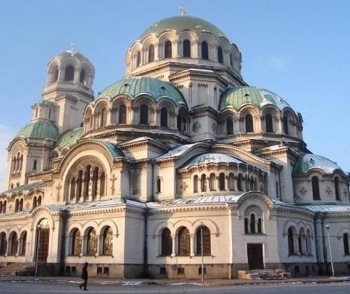 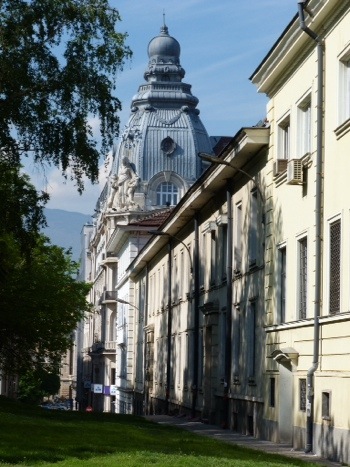 Around the Corner from our Hotel 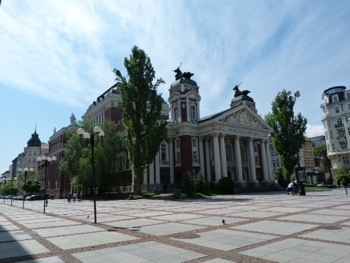 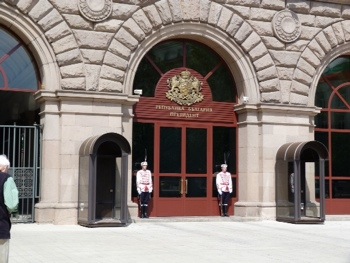 Guards Outside the President’s Building 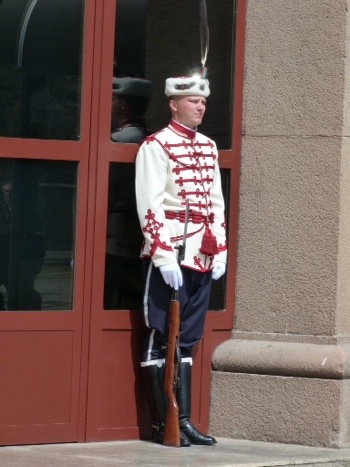 Guards Change on the Hour 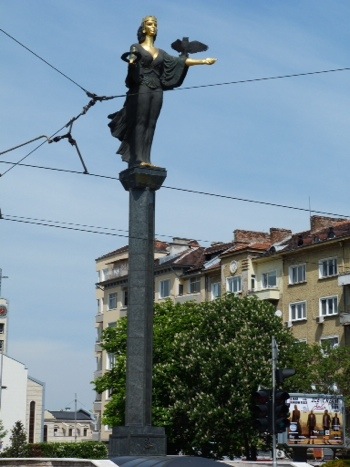 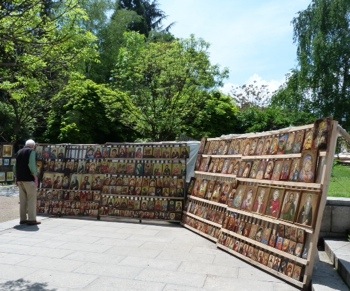 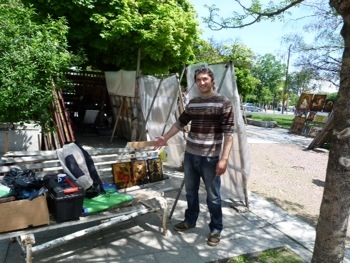 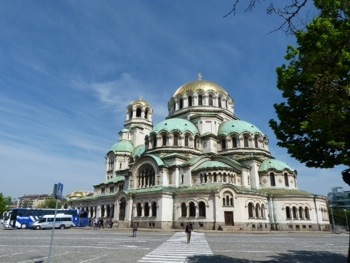 Sun Glinting of the Domes of the Memorial Church 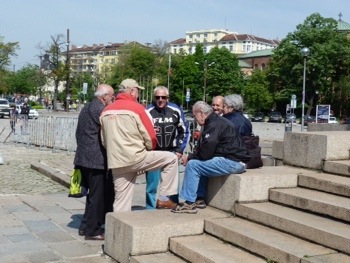 The Palace of Parliament, second in size only to the Pentagon, was our destination today. Begun in 1984 at a cost of 3.3 BILLION Euros Nicolae Ceauśeau had vast areas of invaluable architectural treasures razed to make for this grandiose pretentious madness of a monument to himself. The 330,000 square meters remains unfinished but is in part occupied the two Houses of Parliament and their supporting bureaucracies. 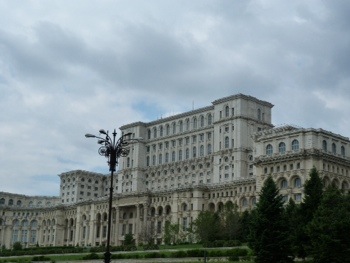 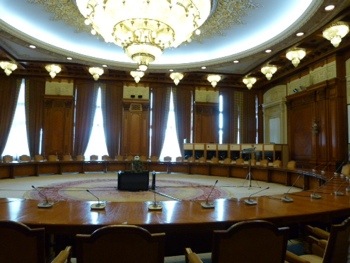 A Committee of Sixty Seats 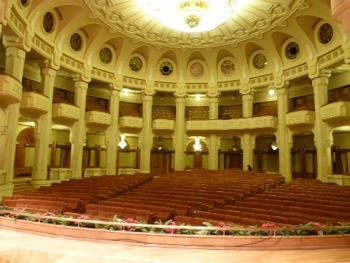 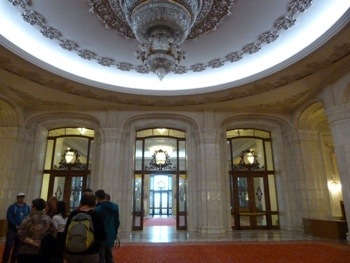 One of Many Enormous Reception Spaces

Following our 3 hour tour of the Palace we had a 3 hour dinner that was without question the most amazing “molecular” food experience of my life. 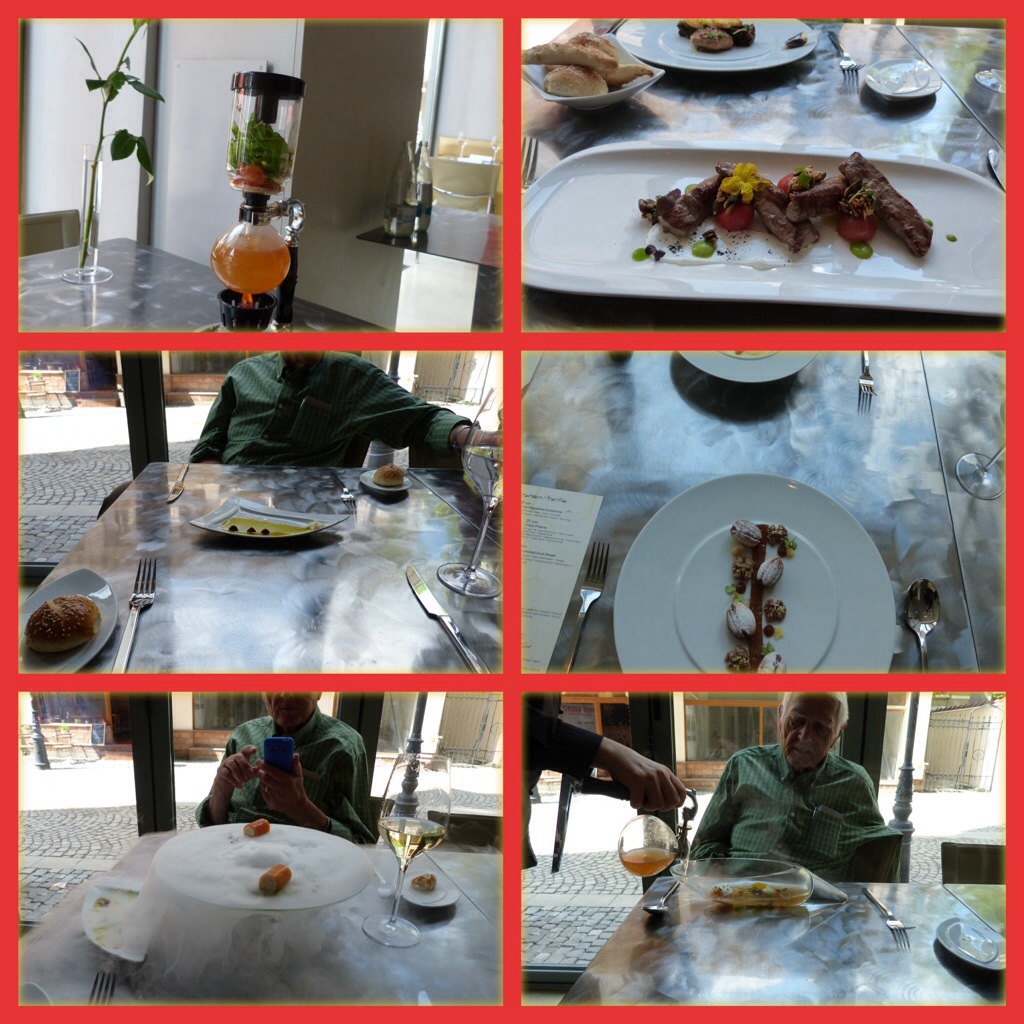