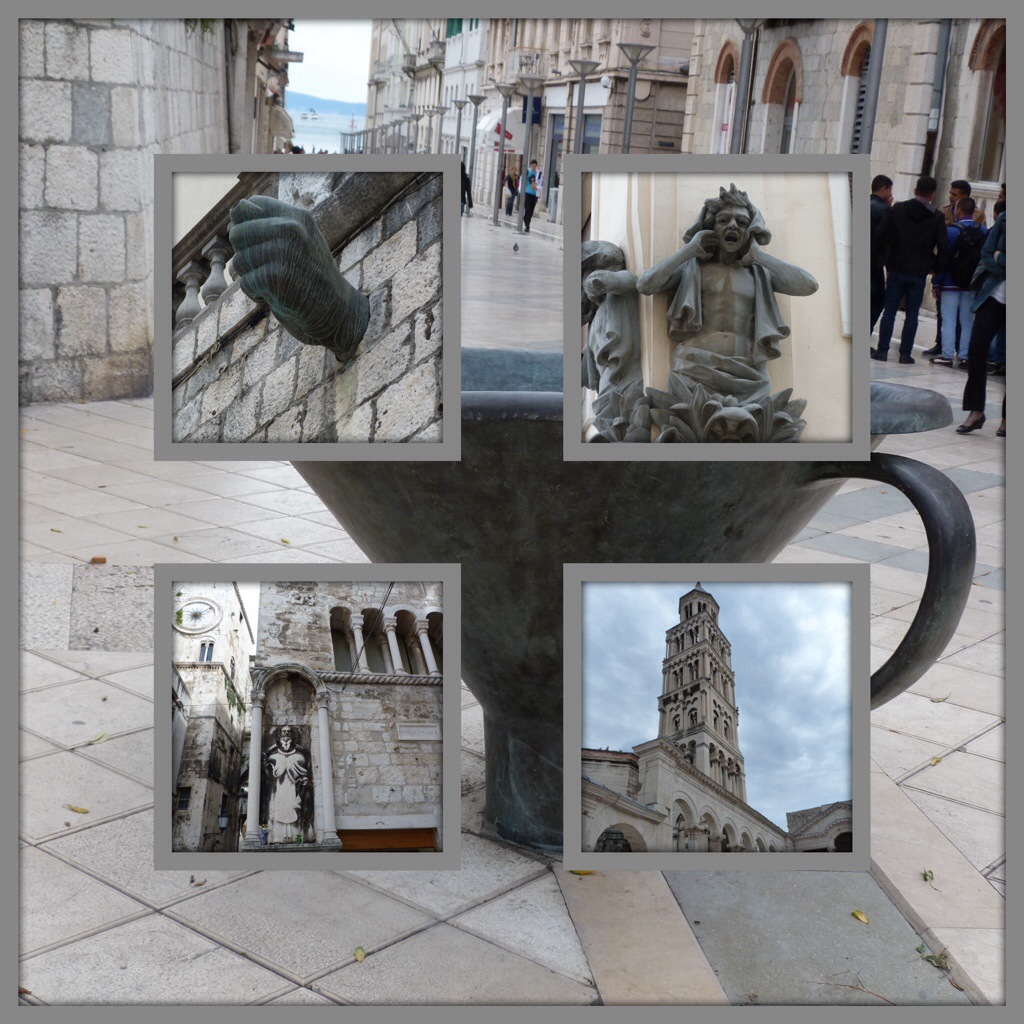 We drove to Mostar through their wine growing country and for a variety of reasons split for Split with only a drive-through of Mostar.

Split is a city in Central Dalmatia, Croatia. It was originally built around the Diocletian palace, a palace/fort built for the planned retirement of the Roman emperor Diocletian who wanted to come home for his last years. Over subsequent centuries the locals sought refuge from invaders inside the fortress walls. Today the city extends over a large area well beyond the ancient core. As we wander the historic centre of Split we can still clearly see the Roman walls, squares, and temples.

The historic centre of Split is concentrated around the remains of this Roman palace. The basement of the palace is the most recent of the archeological excavations. Until about 20 years ago the basement was filled with the detritus of almost a thousand years of townsfolk living and discarding on top of the palace. The well preserved main streets as well as some Gothic and Renaissance buildings have all been excavated and the site is one of the best preserved Roman palaces/forts in existence today. Croatian archeologists claim the oldest cathedral building in the world which is a very interesting layered mixture of Roman temple and Catholic church. The lovely bell tower which when I climbed its narrow cramped steep uneven stairs reward me wit a great panoramic view of Split and nearby islands. 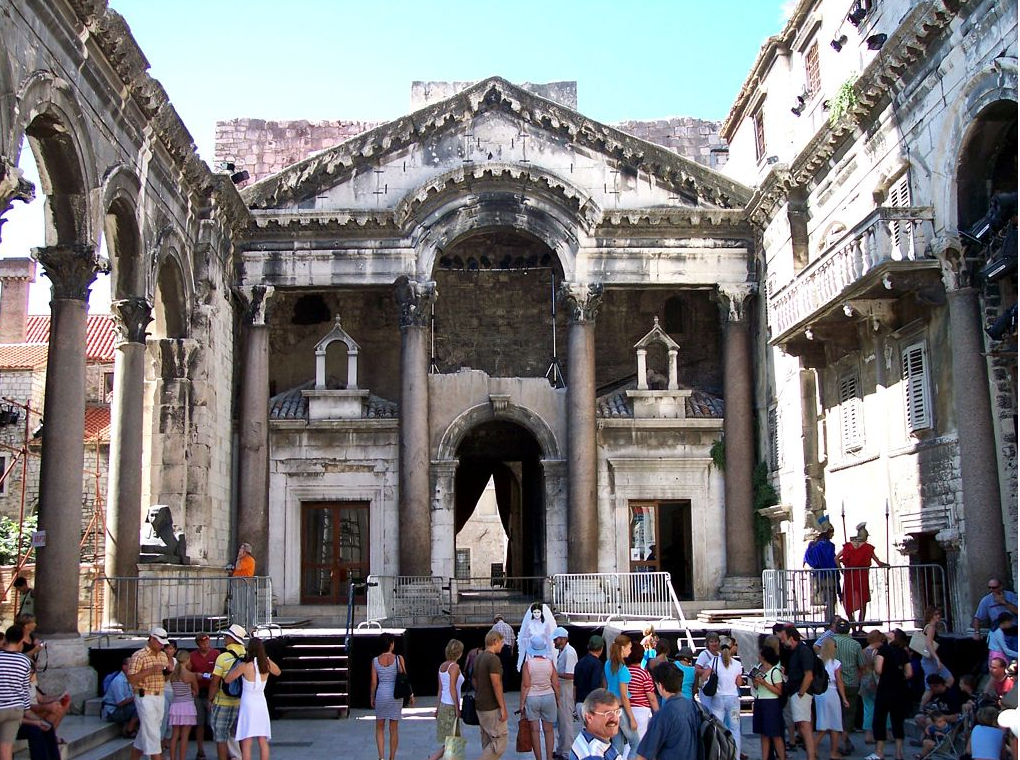 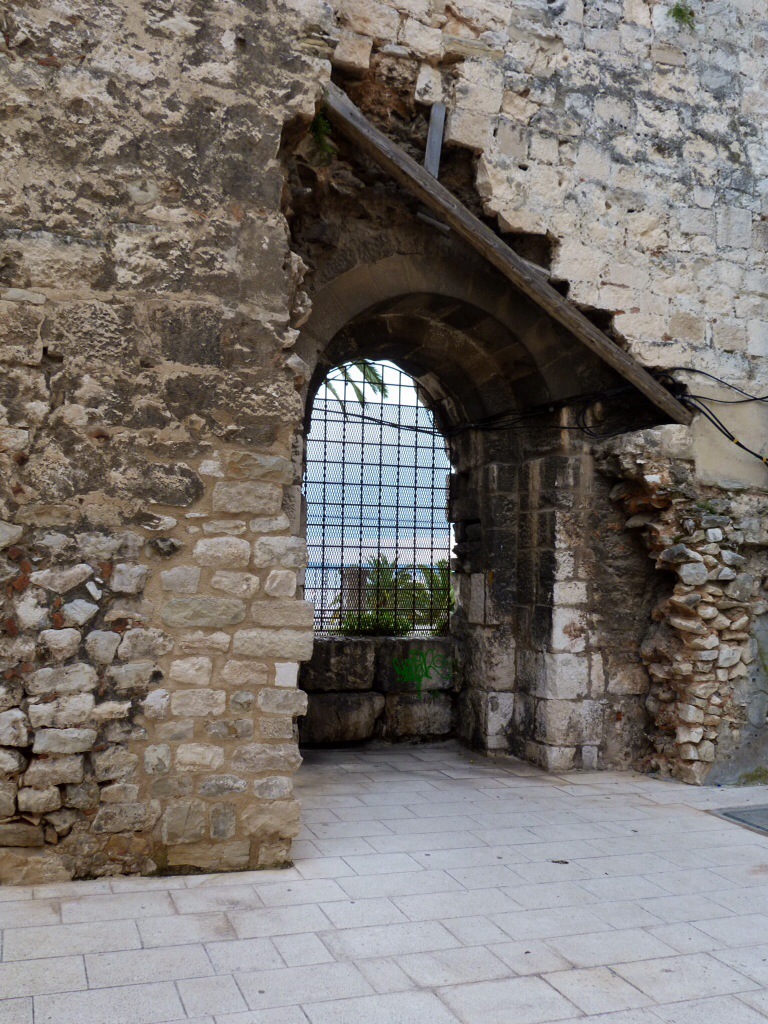 Through the City Wall to the Sea 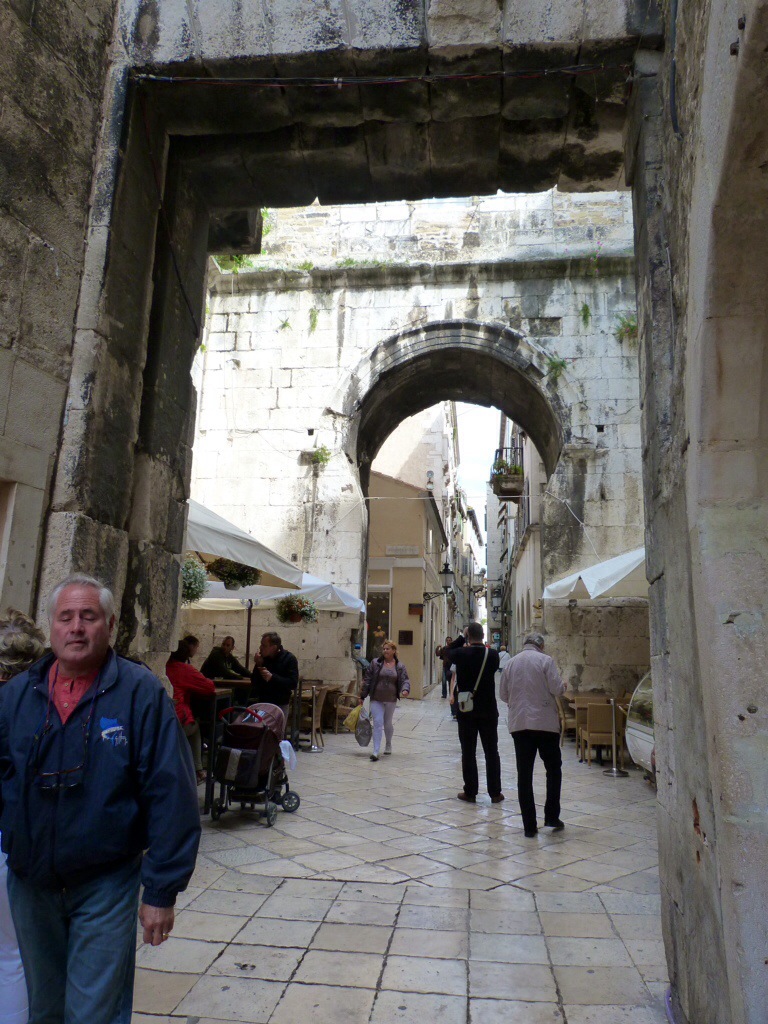 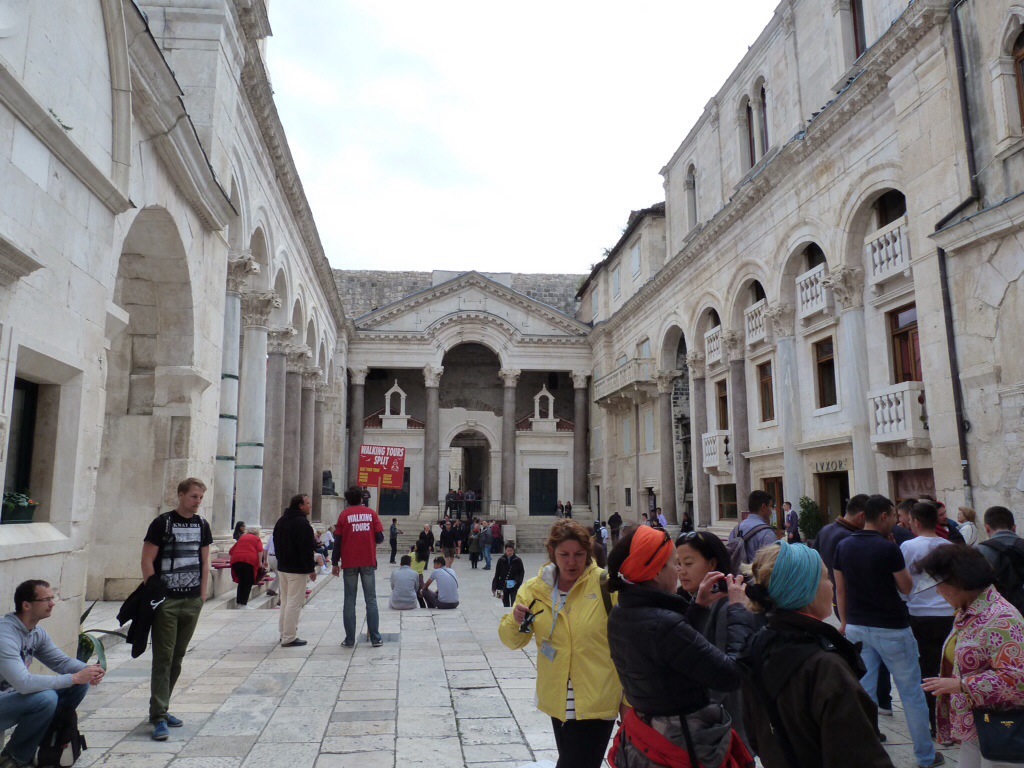 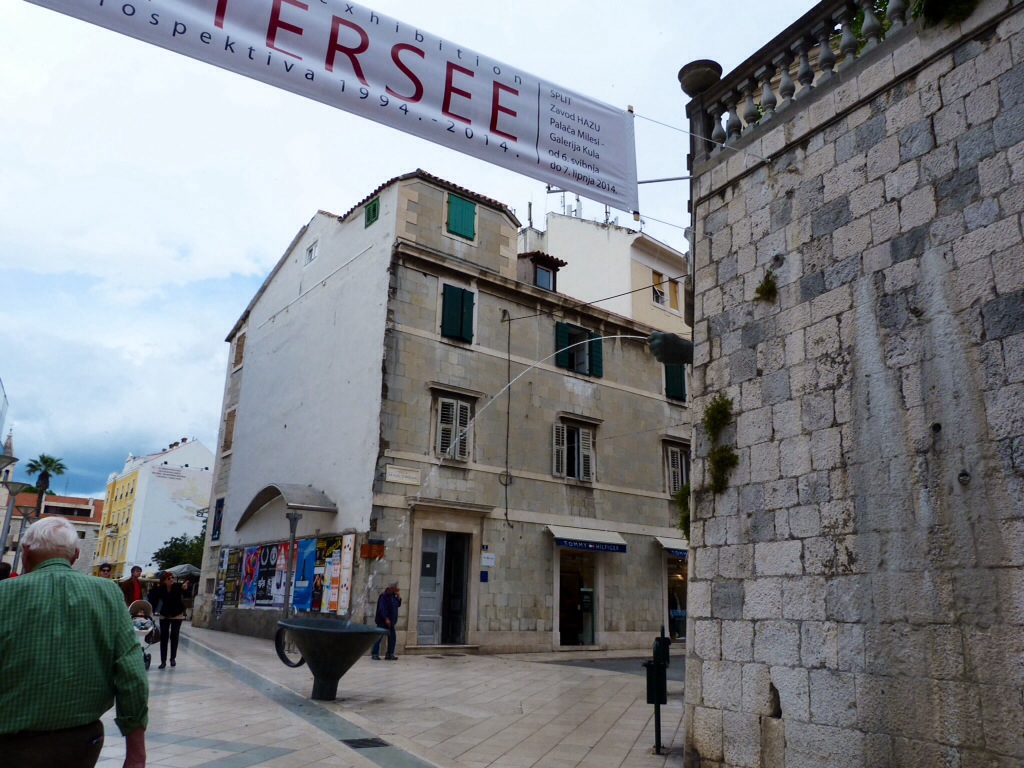 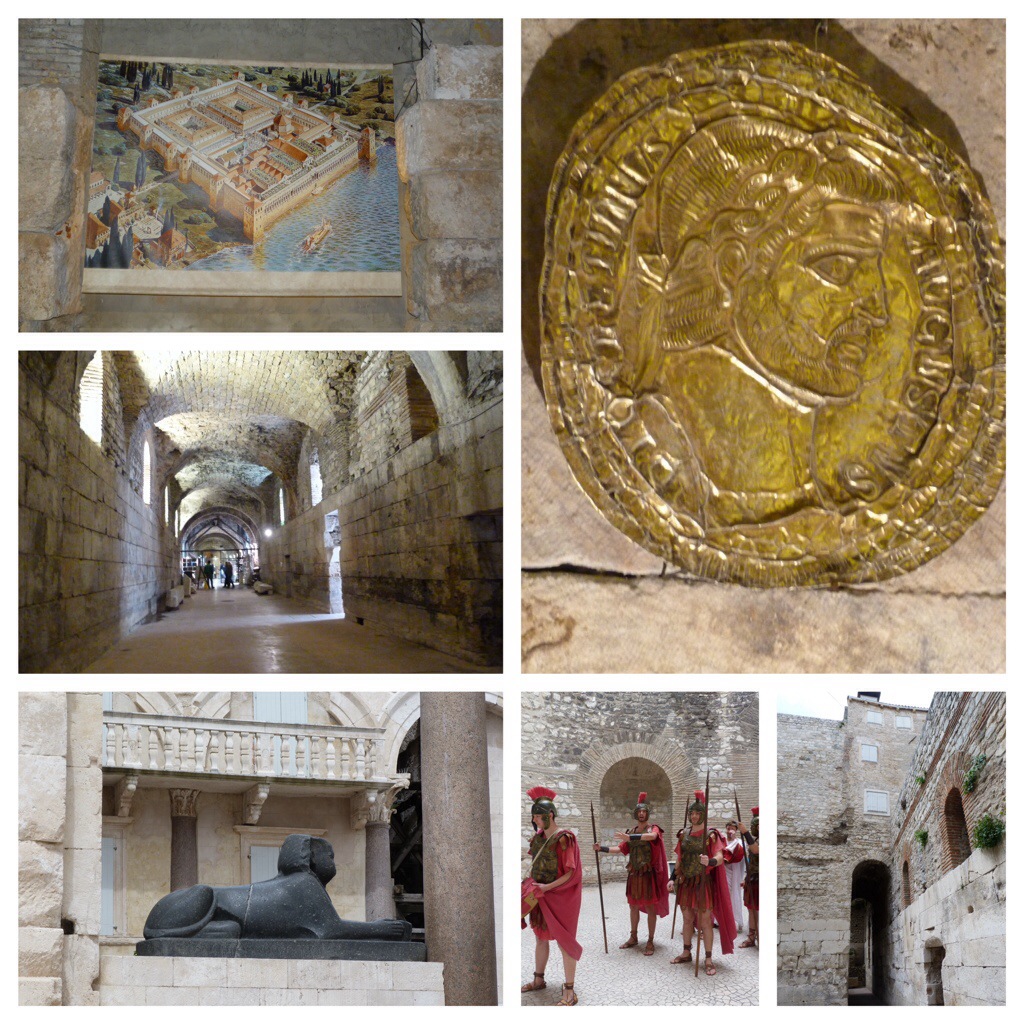 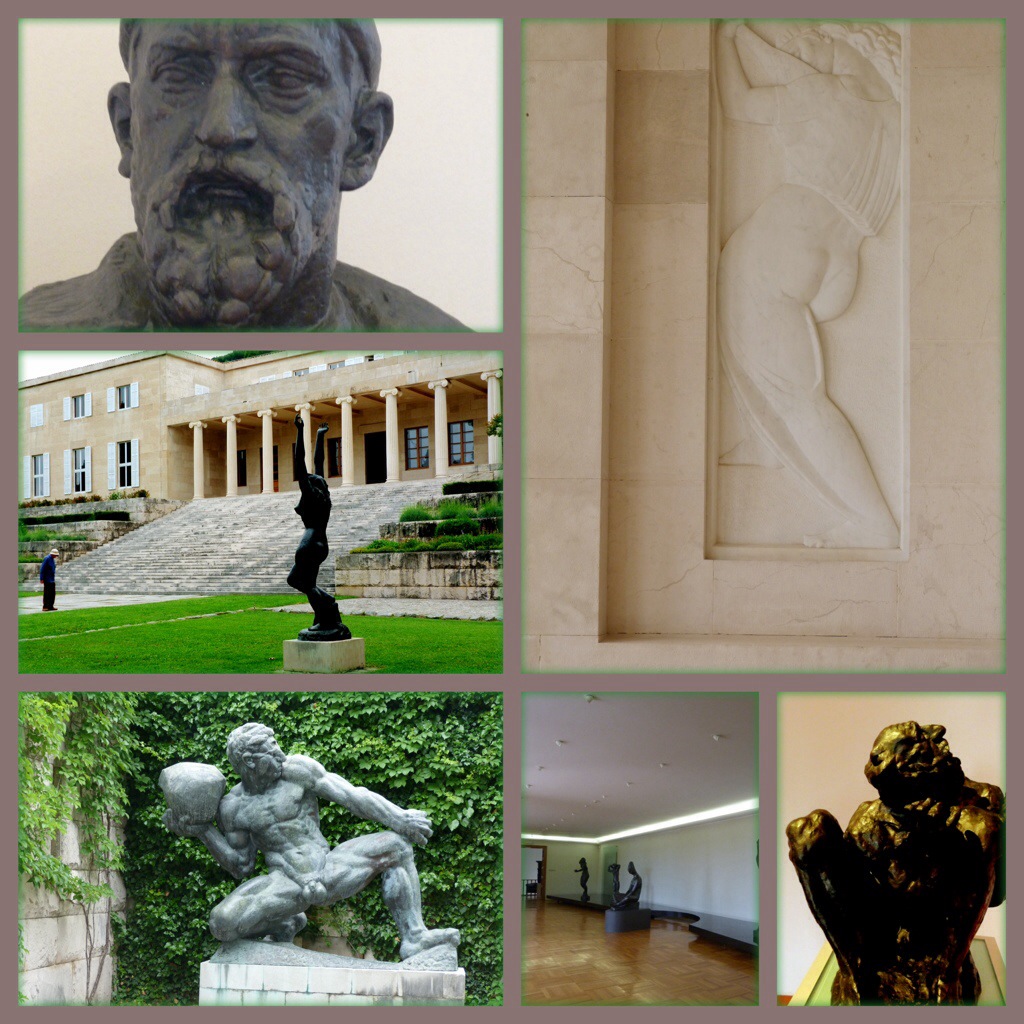 Ivan Meštrović is Croatia’s most famous artist. After studying and working in European art centers including Paris and Rome, he emigrated to the US just before we entered World War II. Intending to retire like Diocletian, to his roots in Split, he designed and built a palatial home and exhibition venue for his major works not owned by museums. The home and grounds are now open to the public. 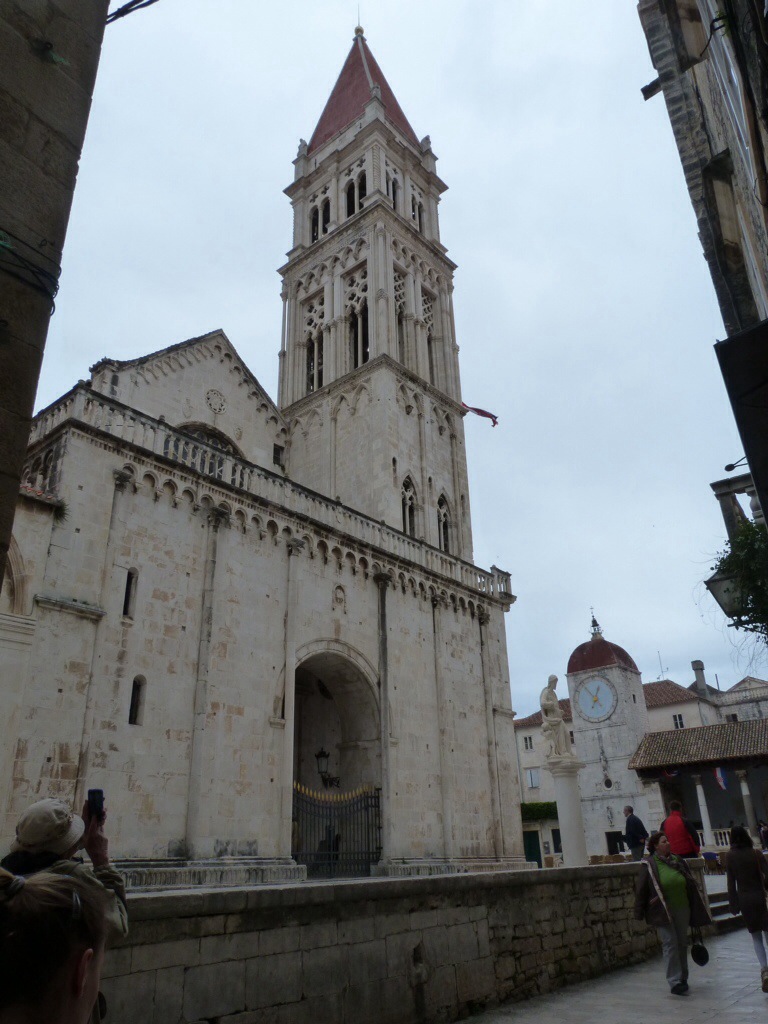