Our last day and yet another perfect sunny Sunday–families out on bikes, in the parks, enjoying their beautiful village metropolis. Today included an early visit to Alte Pinakothek for medival and Renaissance masters up close and very personal. The sculpture garden outside was also enjoyable–dogs chasing frisbies and kids climbing on masterpieces. A break for lunch at a beer garden and music in a park then a ride out to Olympic Stadium, the BMW Corporate headquarters that looks like a four cylinder engine and the Nymphenburg Palace. The Olympic Stadium Park is fully utilized and was filled today with families using the facilities and curious visitors like ourselves. All the between urban space is filled community gardens and they seem to be producing abundantly.

We dropped the car off at the Peugeot stable and felt great relief to be at the Novotel and sorting out 6 weeks of stuff and packing. Our flight leaves at 10:30 am and we are glad to be headed to our Poway stable. It has been an adventure of a lifetime and we are joyful that it has all gone so well. 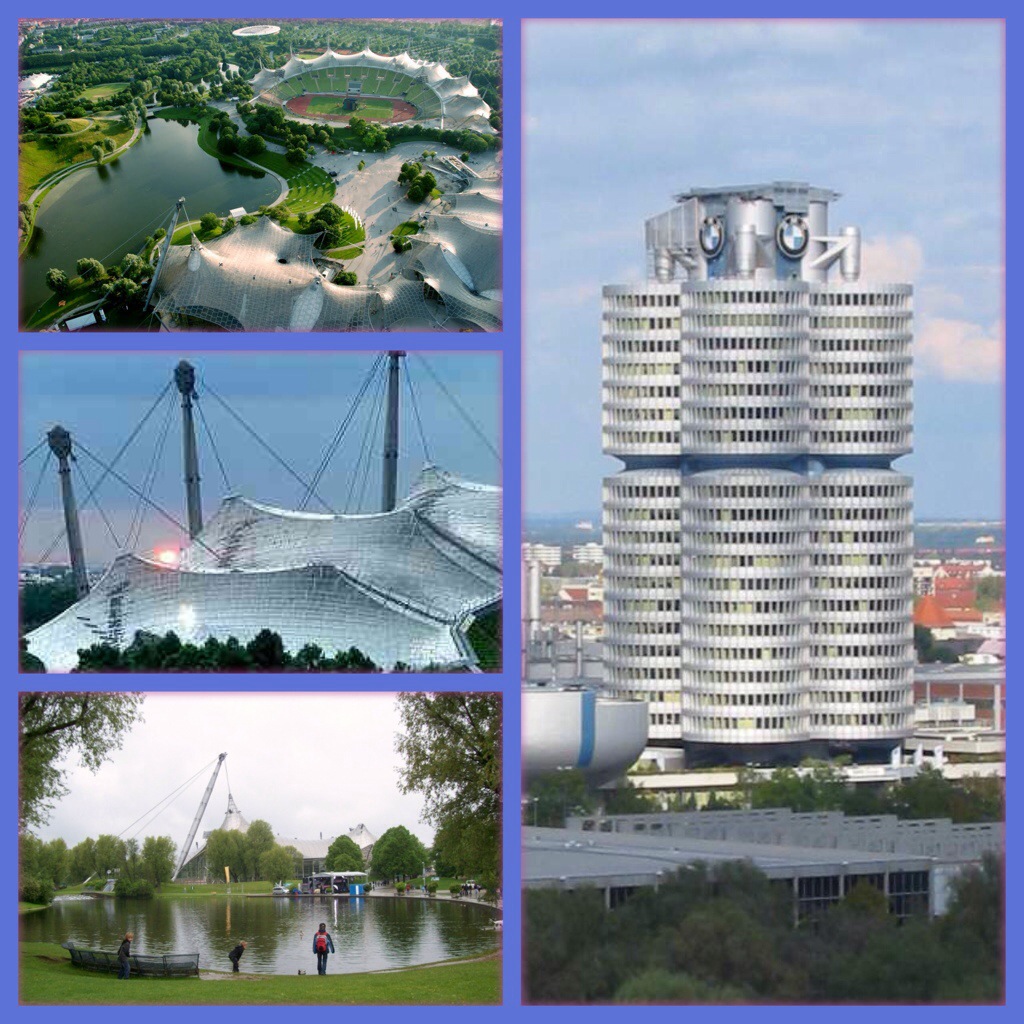 Olympic Park and BMW Building–All in the Neighborhood 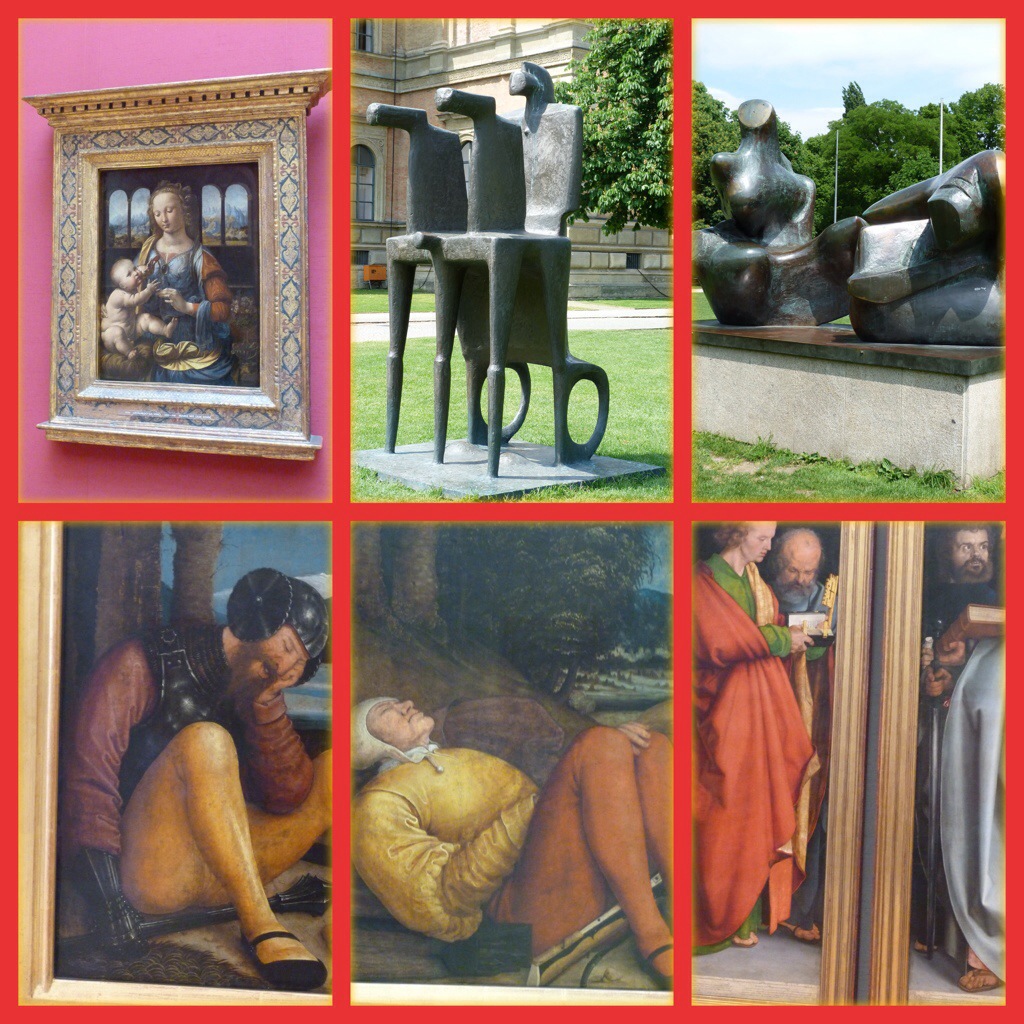 Even at this end of an overload of beauty and stimulation, the quality of the architecture and monuments in Munich is exciting. Although it was heavily damaged by allied bombing during World War II, many of its historic buildings have been rebuilt and the city center apparently appears mostly as it did in the late 1800s including its largest church, the Frauenkirche, and the famous city hall (Neues Rathaus).

It seems the people of Munich do not like their city to be associated only as a city of beer and Oktoberfest.   In the 19th century the Bavarian kings transformed Munich into a city of arts and science .  Today Münchners state that they feel their cities’ position among German cities has diminished since Berlin again became the capital in the 1990s. They seem proud just to be themselves. 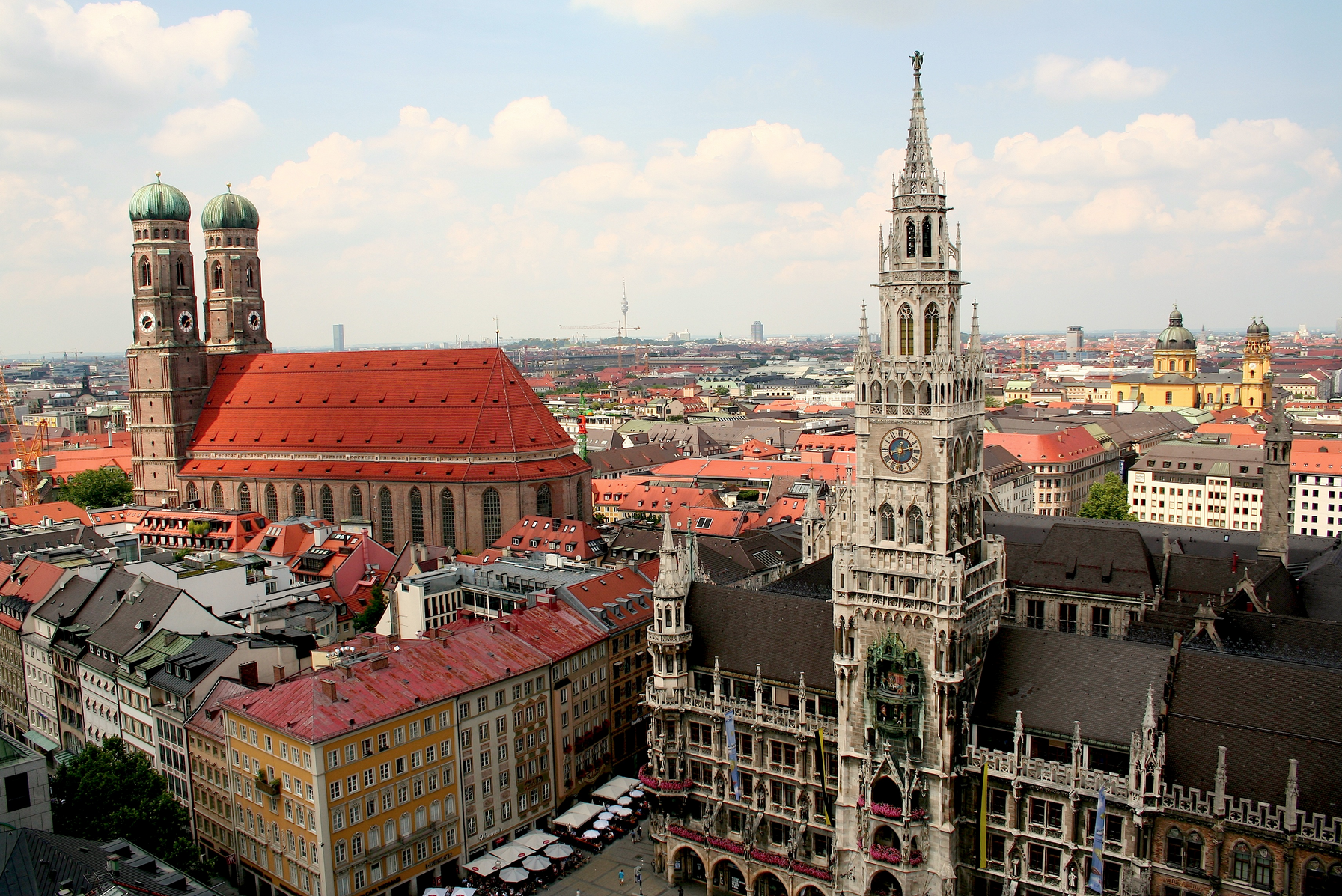 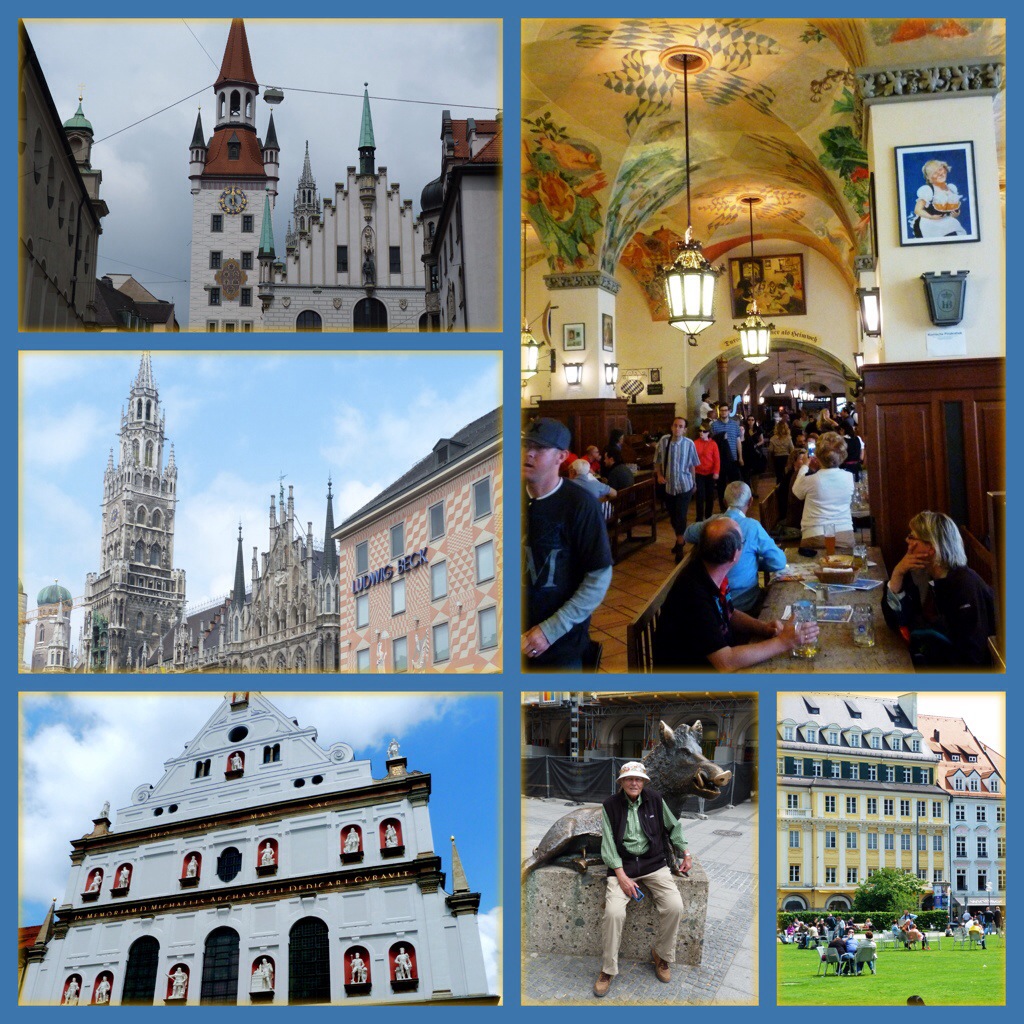 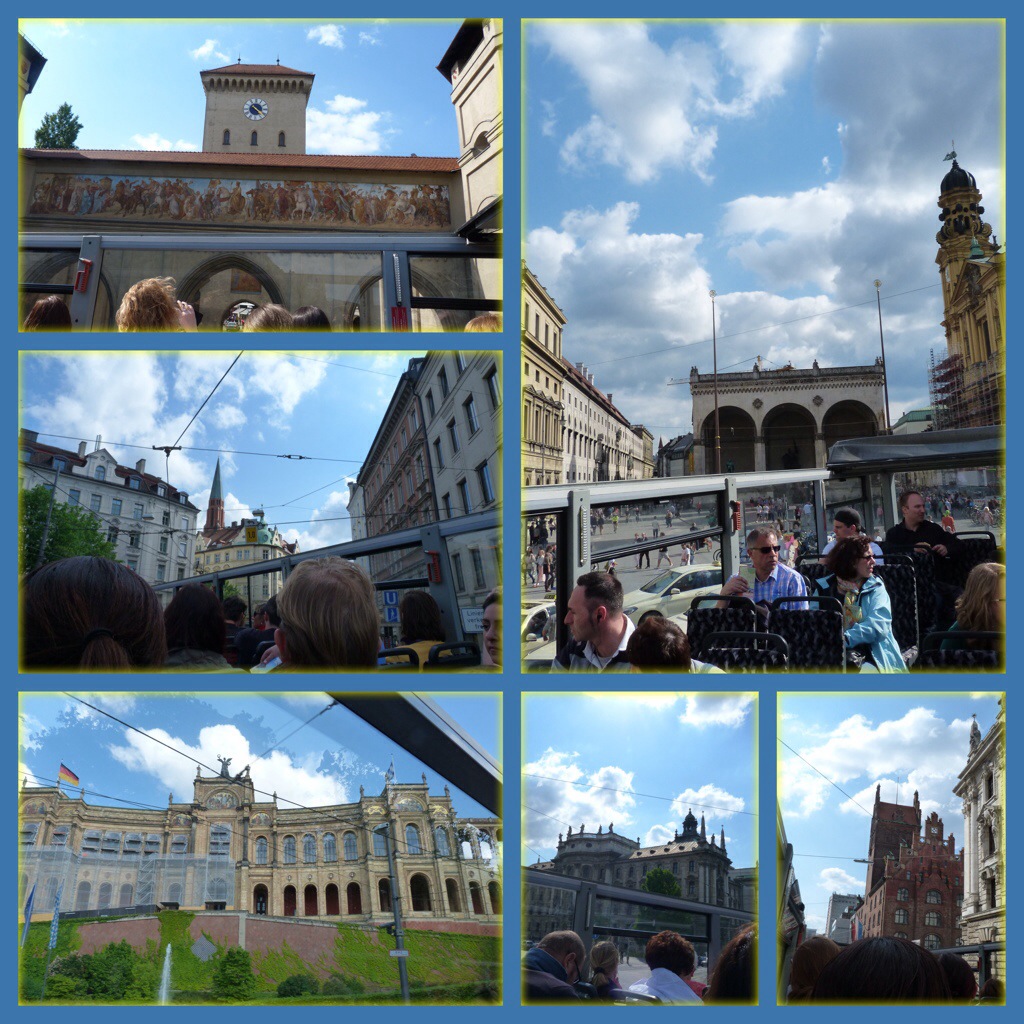 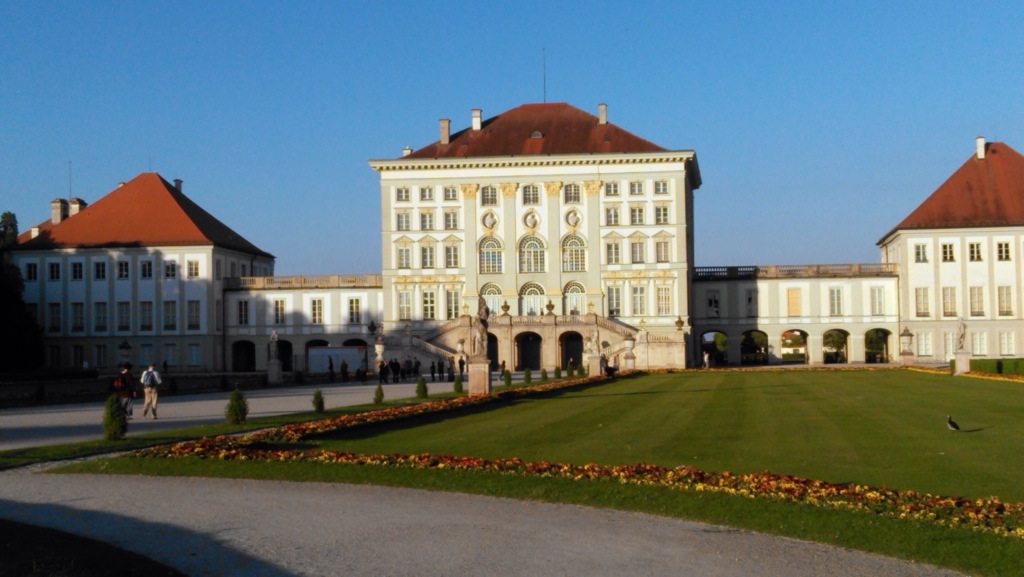 Walk at Dusk–Nymphenburg Palace near our Hotel 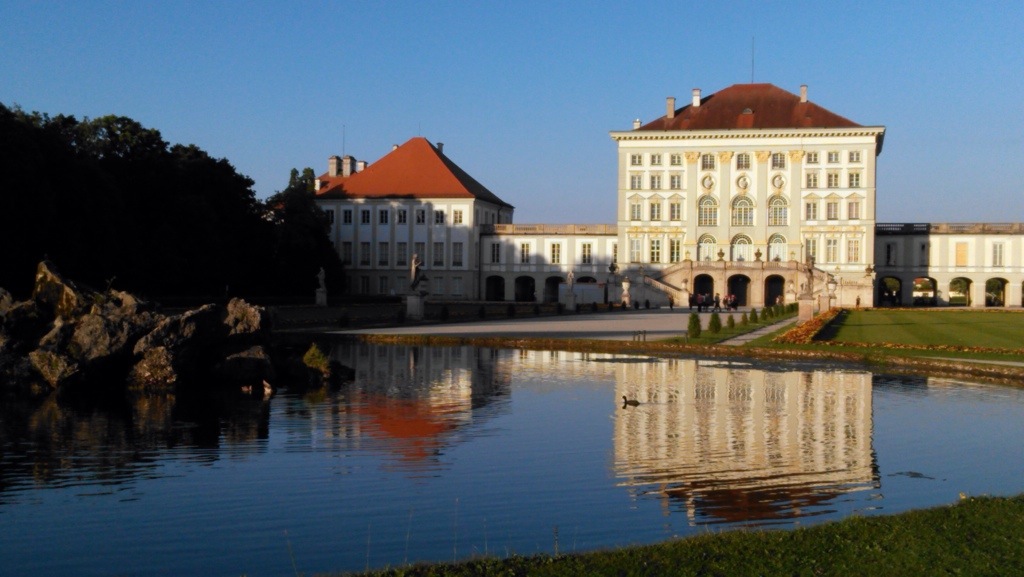 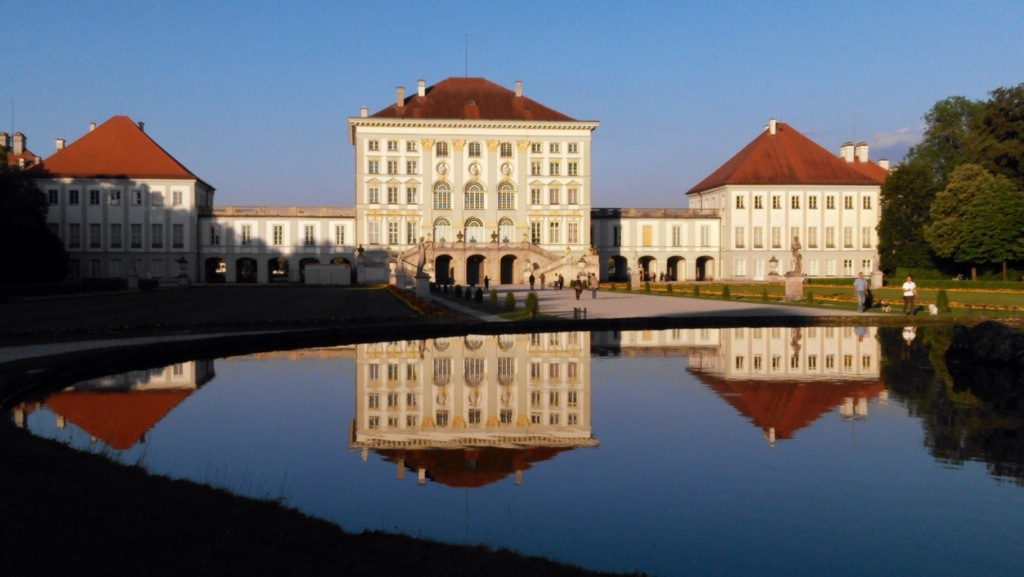 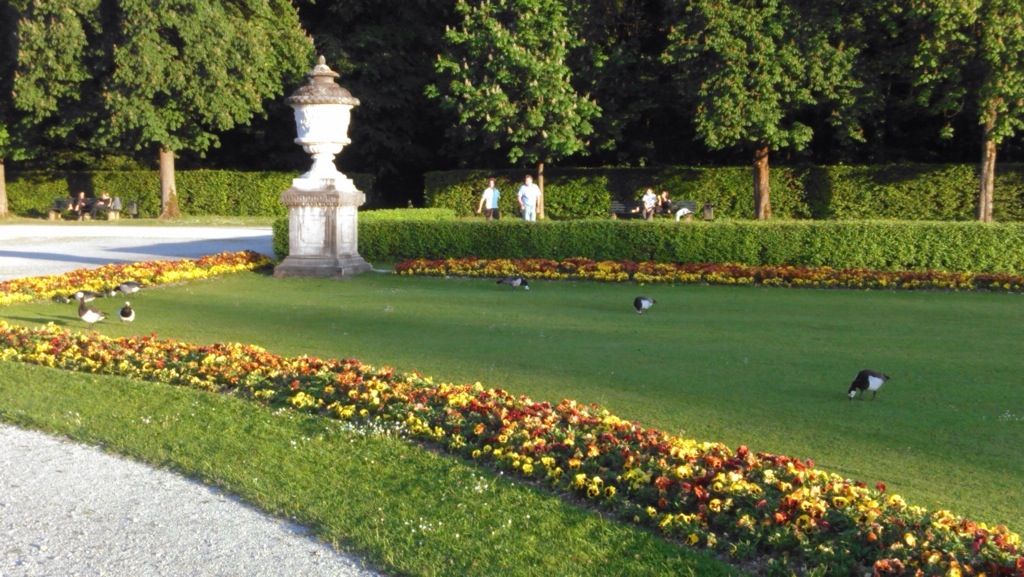 Gaggles and Gaggles Pooping and Hissing 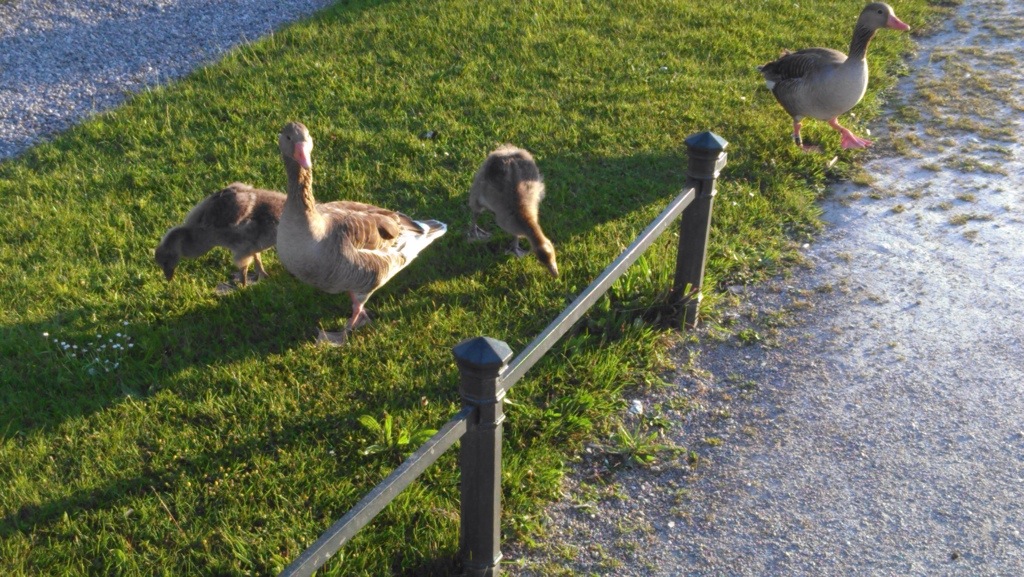 Momma Letting Us Know We Are Close Enough 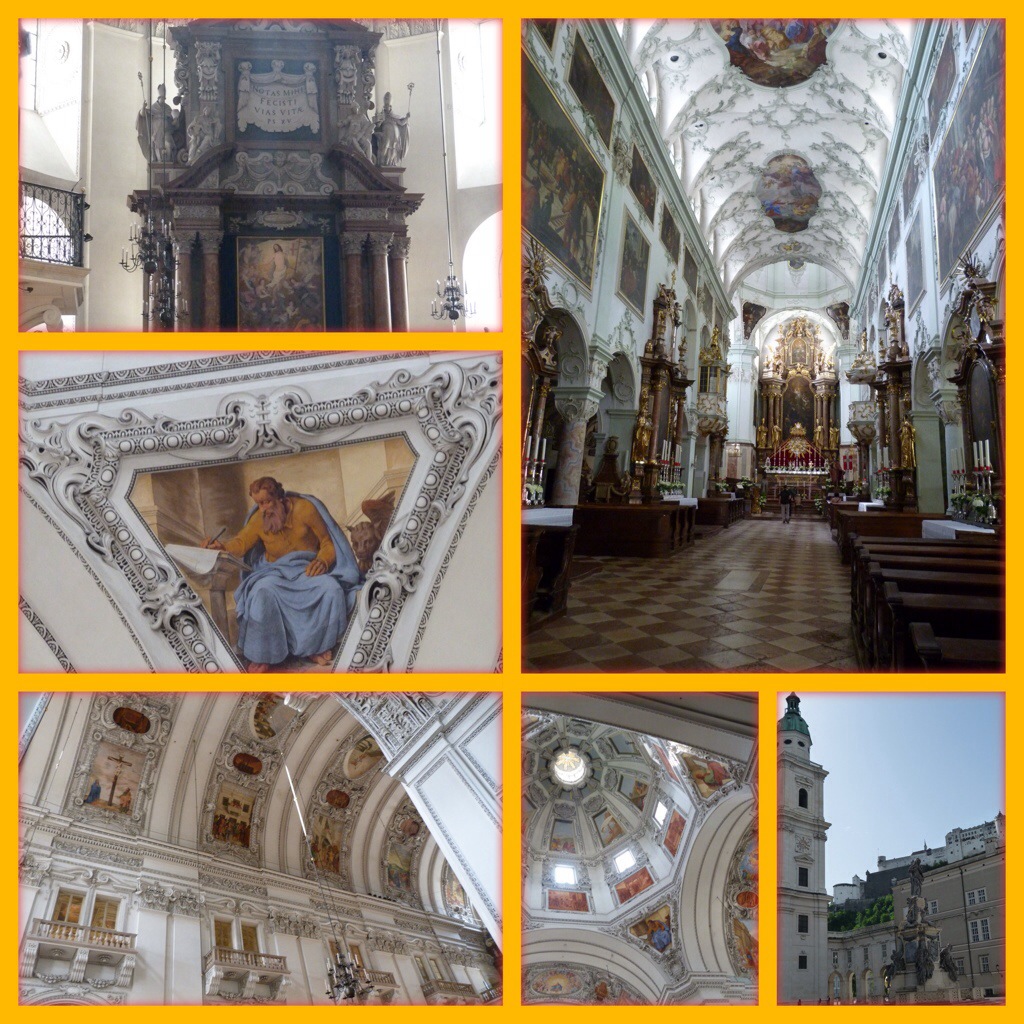 Salzburg is an unique example of an ecclesiastical city-state, rare to the Holy Roman Empire, from Prussia to Italy. Most of these city-states disappeared as political and administrative units in the early 19th century but Salzburg survived completely, preserving its urban fabric and individual buildings. That city-state history is the point Salzburg’s past where the Italian and German cultures synergistically met and the result is a Baroque town that has emerged intact as a tribute to a that particular culture and period.

The centre of Salzburg owes much of its Baroque appearance to the Italian architects Vincenzo Scamozzi and Santino Solari brought in by the Prince Archbishop Wolf Dietrich von Raitenau who grew up in Rome, ruled Salzburg from 1587 to 1622 and had grandiose Italian aspirations for Salzburg. The operant framework is PRINCE and ARCHBISHOP, linking church and state and their respective coffers. The Residenzplatz, the main square attests to his foresight today.

It appears that Salzburg has long been prosperous based in large part on the river which was the salt barge highway from the mines to other cities throughout Europe. Salzburg taxed every boat that passed in either direction. Home to renown artists and musicians, preeminent among them Wolfgang Amadeus Mozart, Salzburg was promoted by the 18th century city fathers who aspired to have their town on the European grand tour, as part of economic development. On the main street of old Salzburg, Residenzplatz, the burghers trade shops were hung with signs which symbolized their products, since many people were illiterate in the Middle Ages. The delightful signs are still in place today. Is McDonald’s in evidence below?? 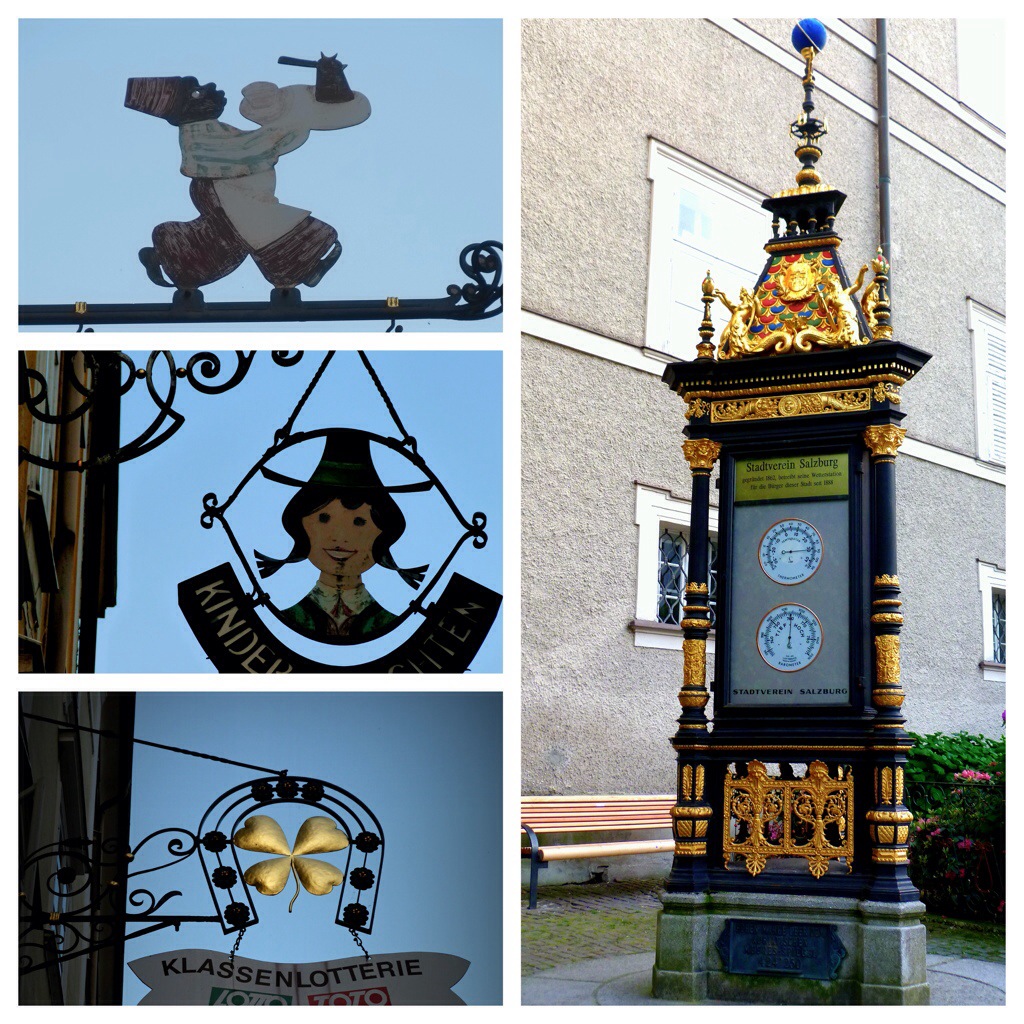 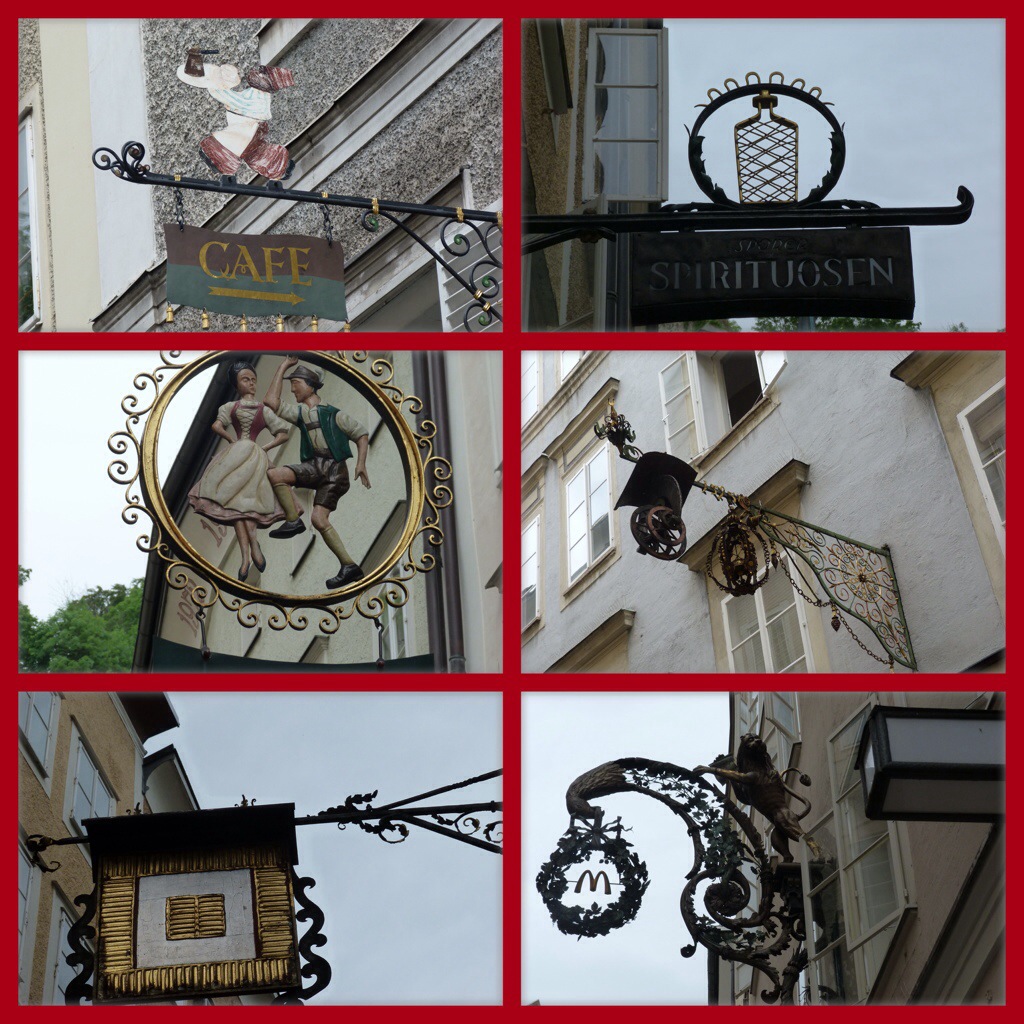 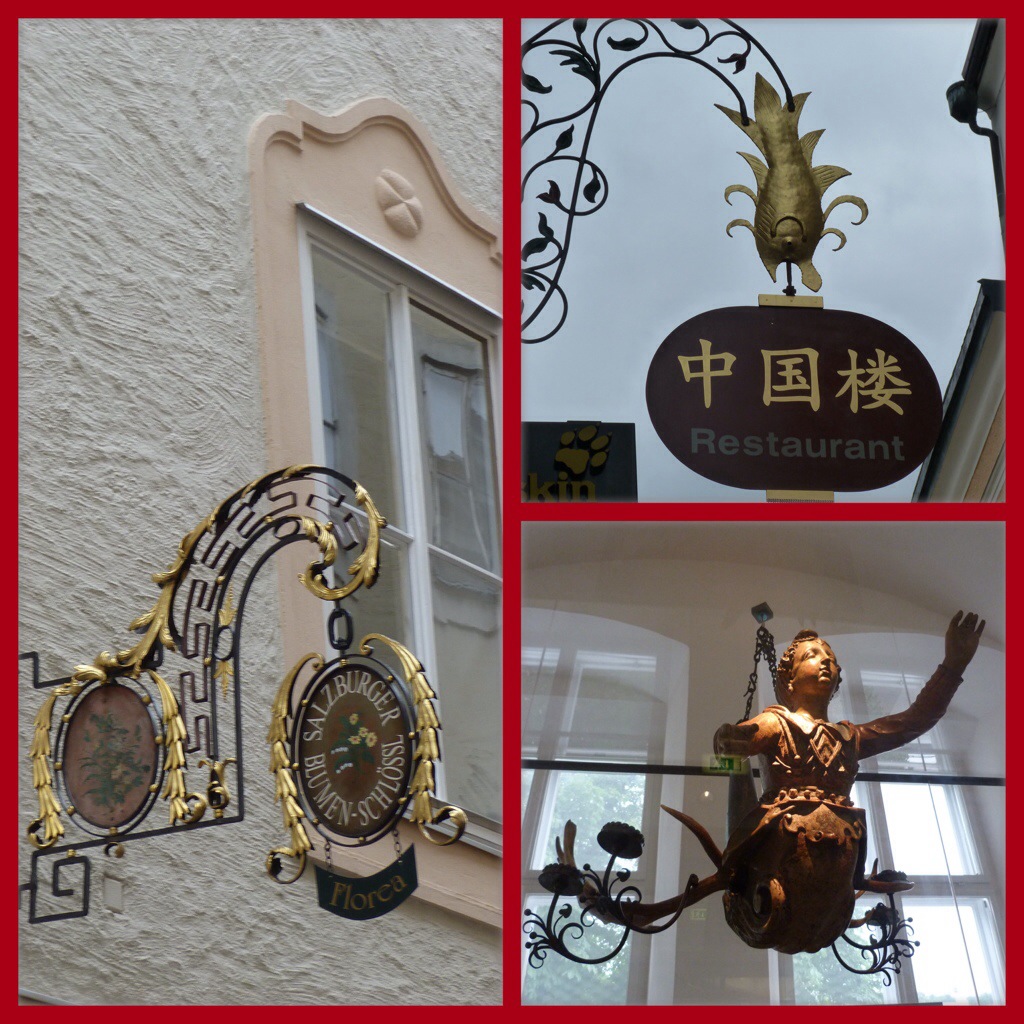 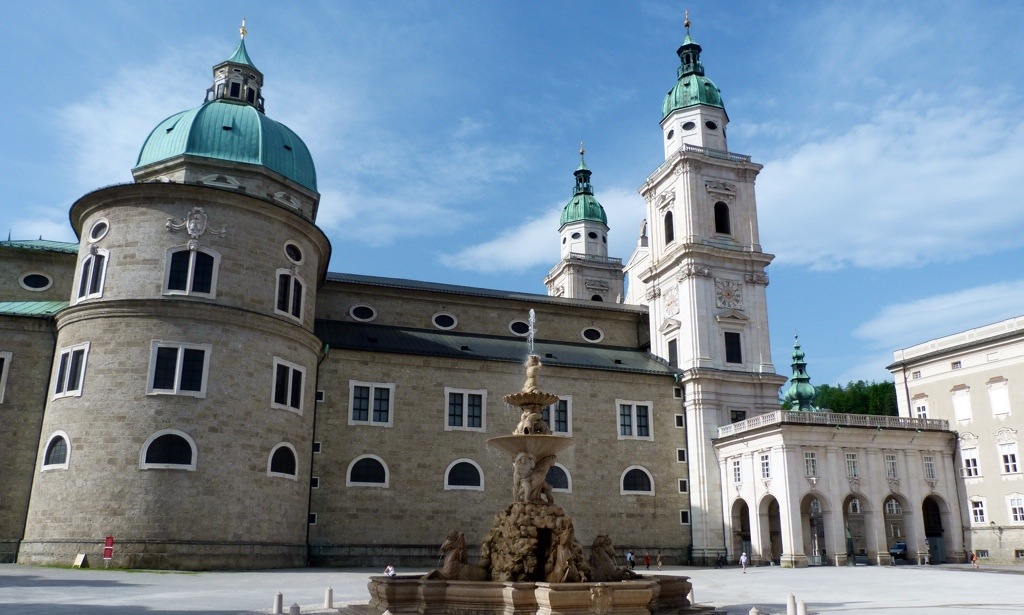 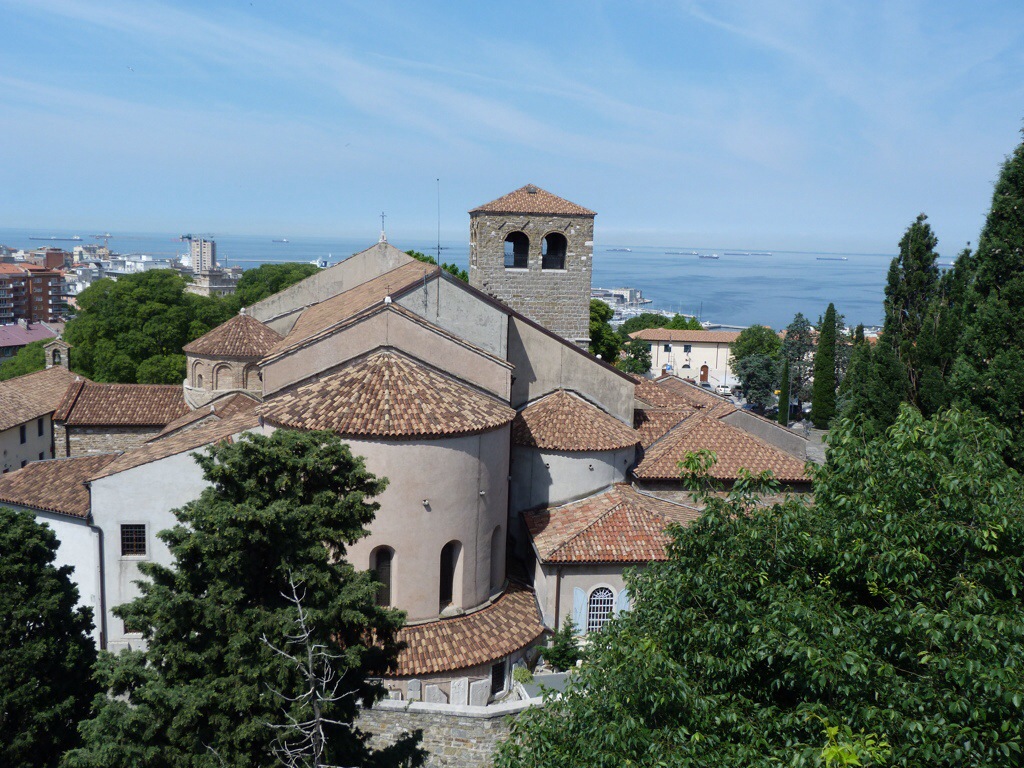 Sun bathing weather for the natives but on rocky “beaches,” sailboat decks or concrete slabs; no sandy beaches here. For us it was day for museums–San Giusto Castle and Cathedral–splendid audio guided history of Trieste housed in a early 15th century castle with interesting add ons from later periods. Located on a high hill in the heart of the old city with a 360 degree view and adjacent to the cathedral it was close if not an easy uphill climb from our hotel. 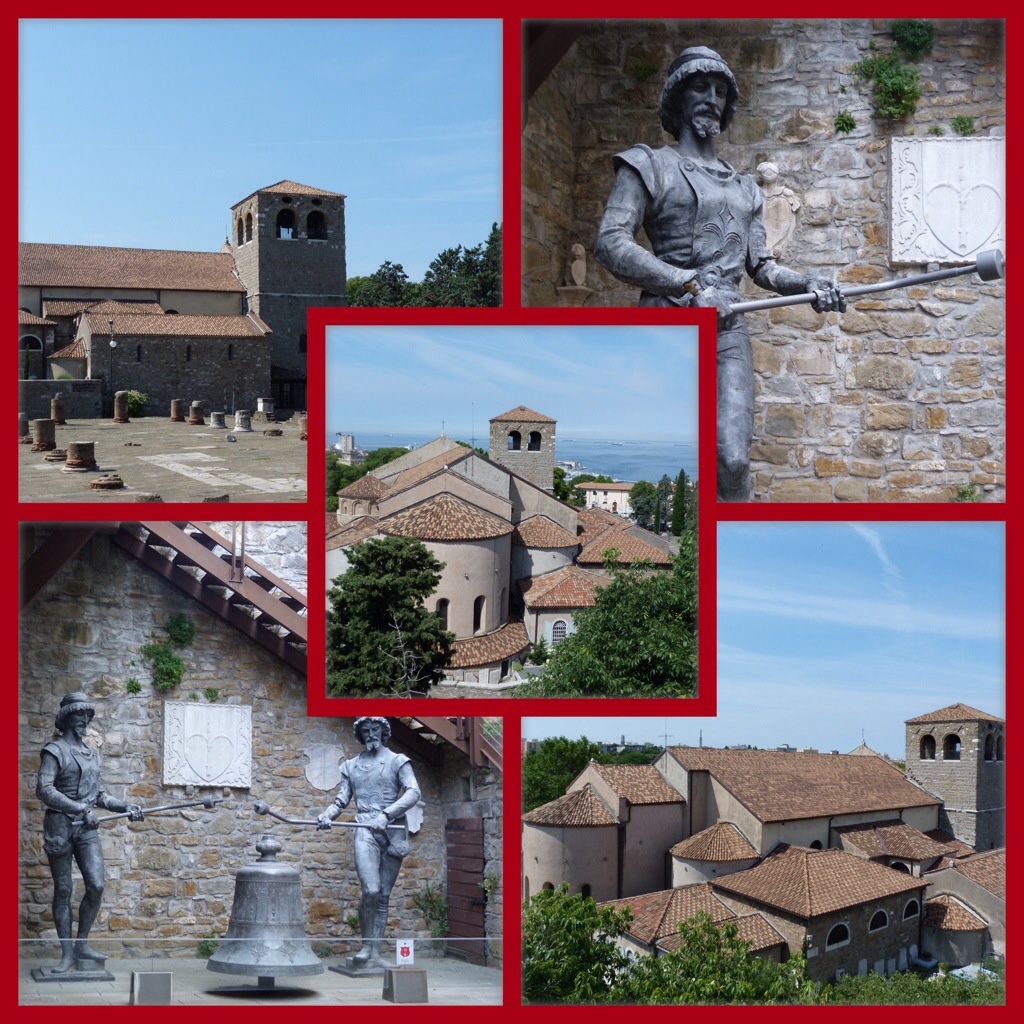 Inside the Castle Museum

After a delicious leisurely late lunch we made a fairytale visit to Miramare Castle a gleaming white edifice jutting out into the sea. This mid-nineteenth century castle was commissioned by Maximilian of Hapsburg, brother of the Emperor Franz Joseph, and “Emperor” of Mexico in his own right, Max and his young wife Charolotte built and furnished the castle combining eclectic tastes of the period with the intent of living there. But Max was assassinated in 1864 in Mexico and Charlotte retired into madness and died in Belgium in the 20’s. Today all is very much in tact and well preserved along with the the beautiful park grounds. 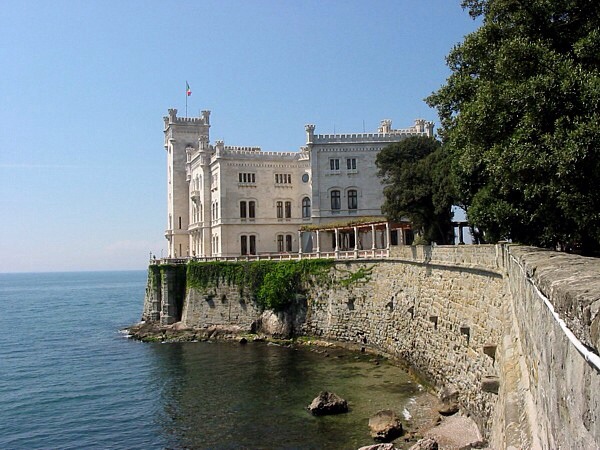 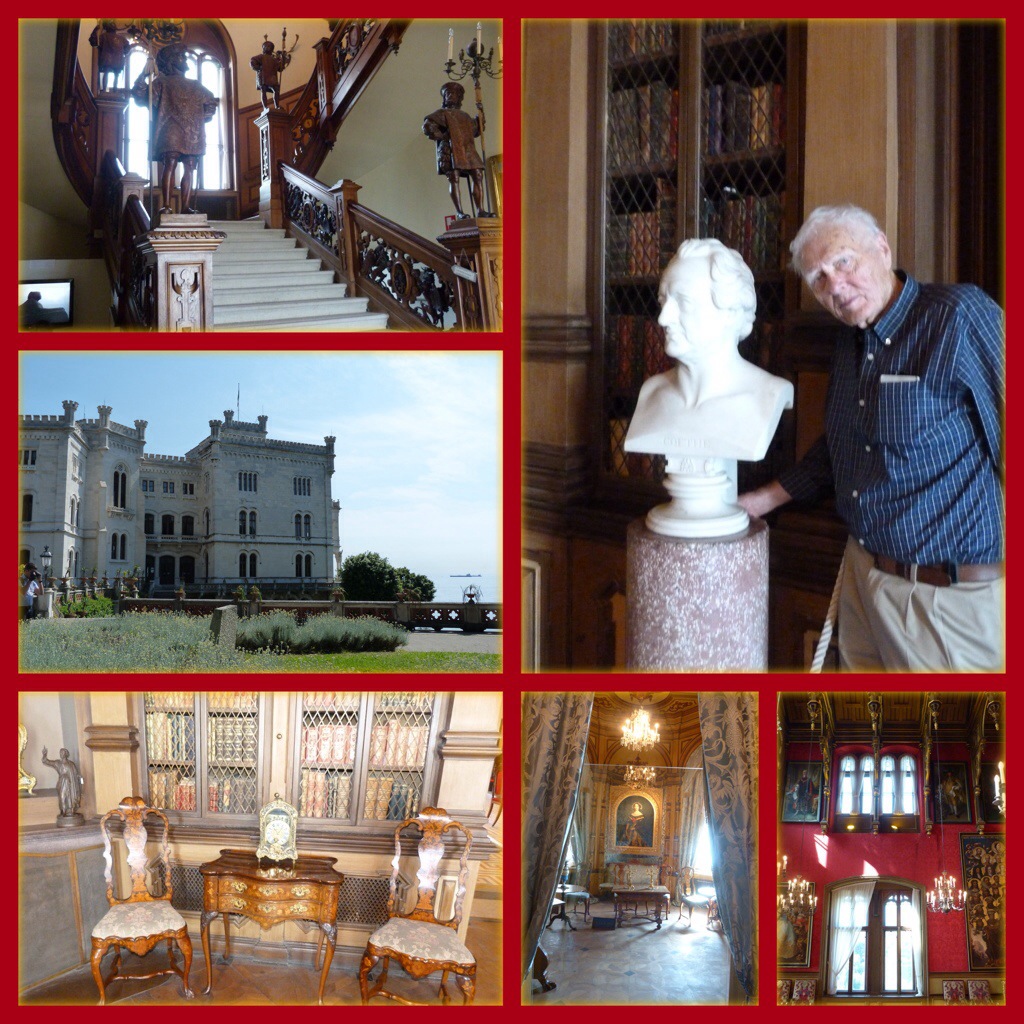 Glimpses Inside the Castle 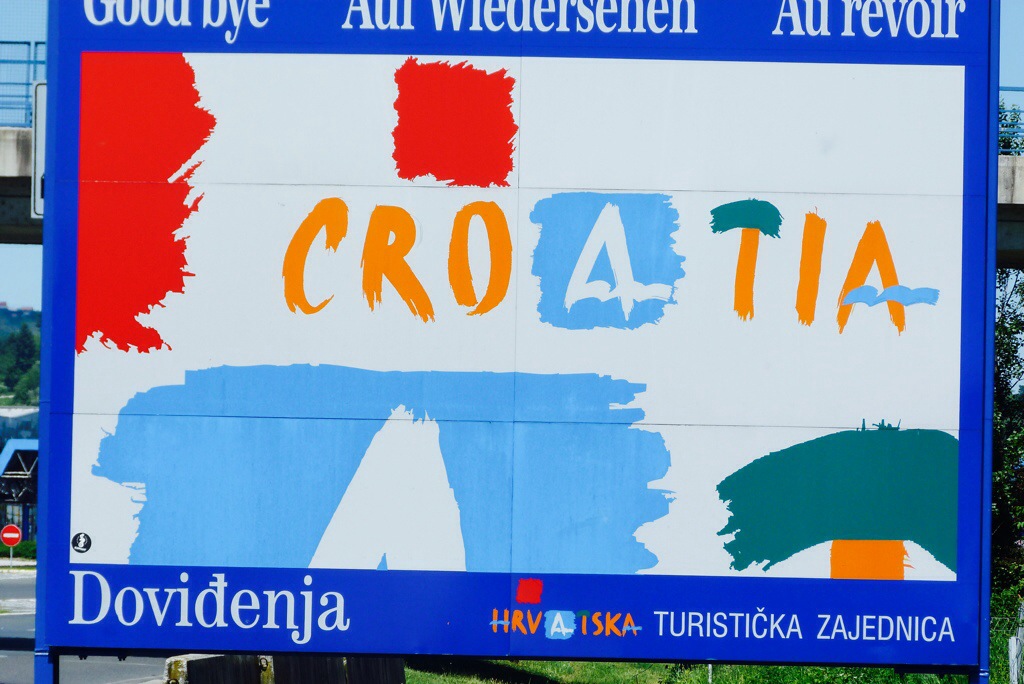 In 2012 Lonely Planet listed the city of Trieste as the world’s most underrated travel destination. So when we were going to be in the neighborhood we said why not?

Trieste lies at the northernmost part of the Adriatic in northeast Italy, near the border with Slovenia. The city itself is on the Gulf of Trieste.

This morning we left Varaždin with mixed feelings since we have thoroughly enjoyed all of our Croatian stay. We easily and smoothly rose out of Croatia into the lovely mountains and rolling hills and valley of Slovenia– a beautiful drive through prosperous farmlands and small mountainous villages ever centered around a church and school. Admittedly today was beautifully sunny with clear air and blue skies but the countryside as well as the sprinkling of towns was amazingly lovely. It seemed like we had just bought our Slovenian vignette and slapped it on the driver’s windshield when we abruptly dropped into Italy. We then down among the craggy granite outcroppings and steep three story villas clinging to the hillsides and landed beside the bay in the center of Trieste. 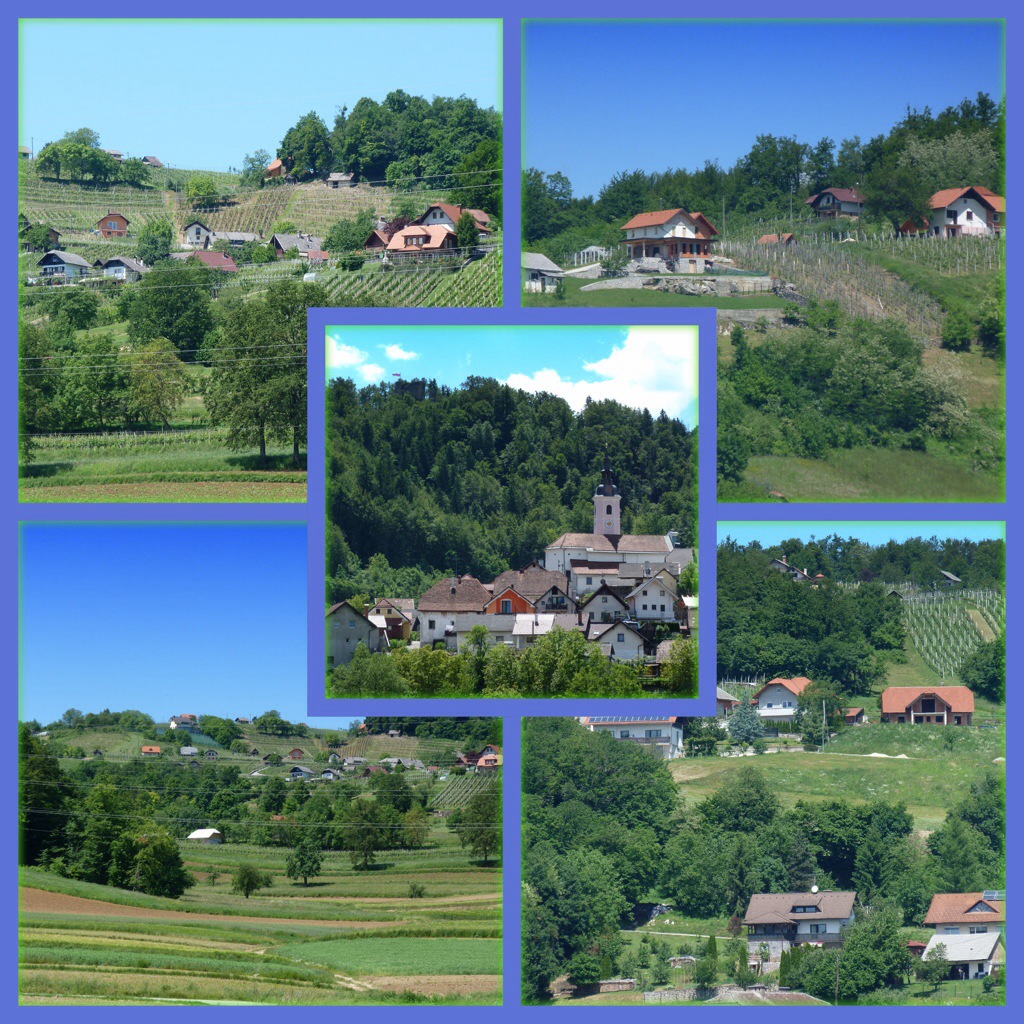 Trieste was one of the oldest territories of the Habsburg Monarchy. In the 19th century, it was the most important port of one of the Great Powers of Europe. As a prosperous seaport in the Mediterranean region, Trieste became the fourth largest city of the Austro-Hungarian Empire (after Vienna, Budapest, and Prague). In the fin-de-siecle period, it emerged as an important hub for literature and music. It underwent an economic revival during the 1930s, and Trieste was a pivotal point in the struggle between the Eastern and Western blocs after the Second World War. Today, the city is in one of the prosperous regions of Italy, a centre for shipping, port, shipbuilding and financial services. 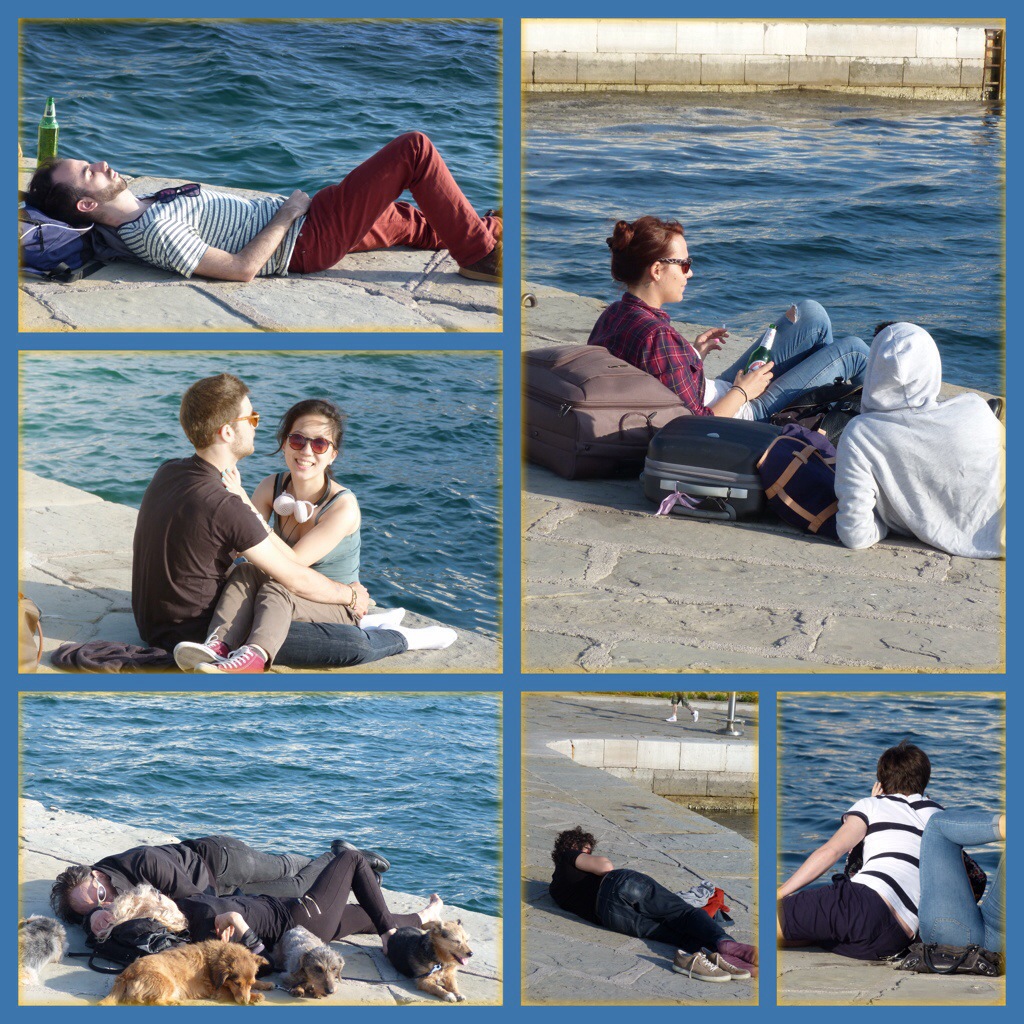 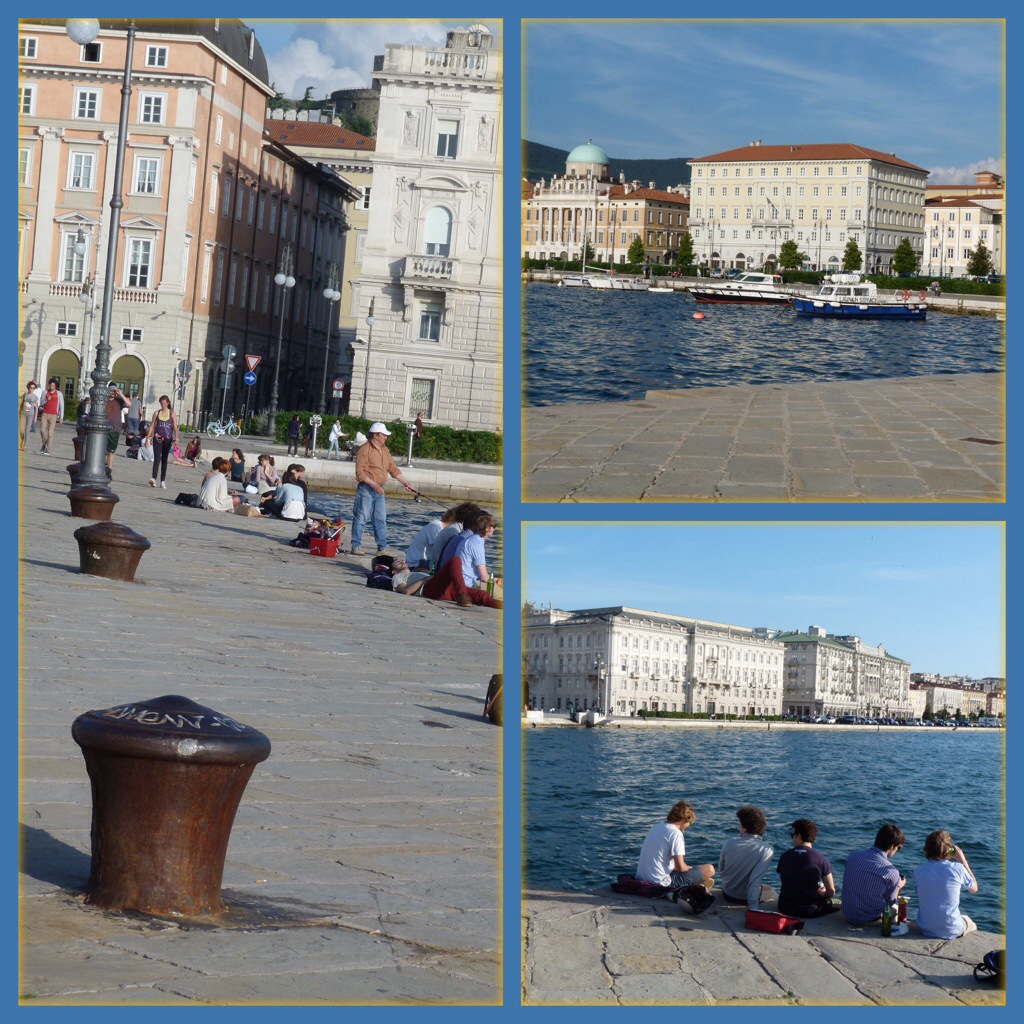 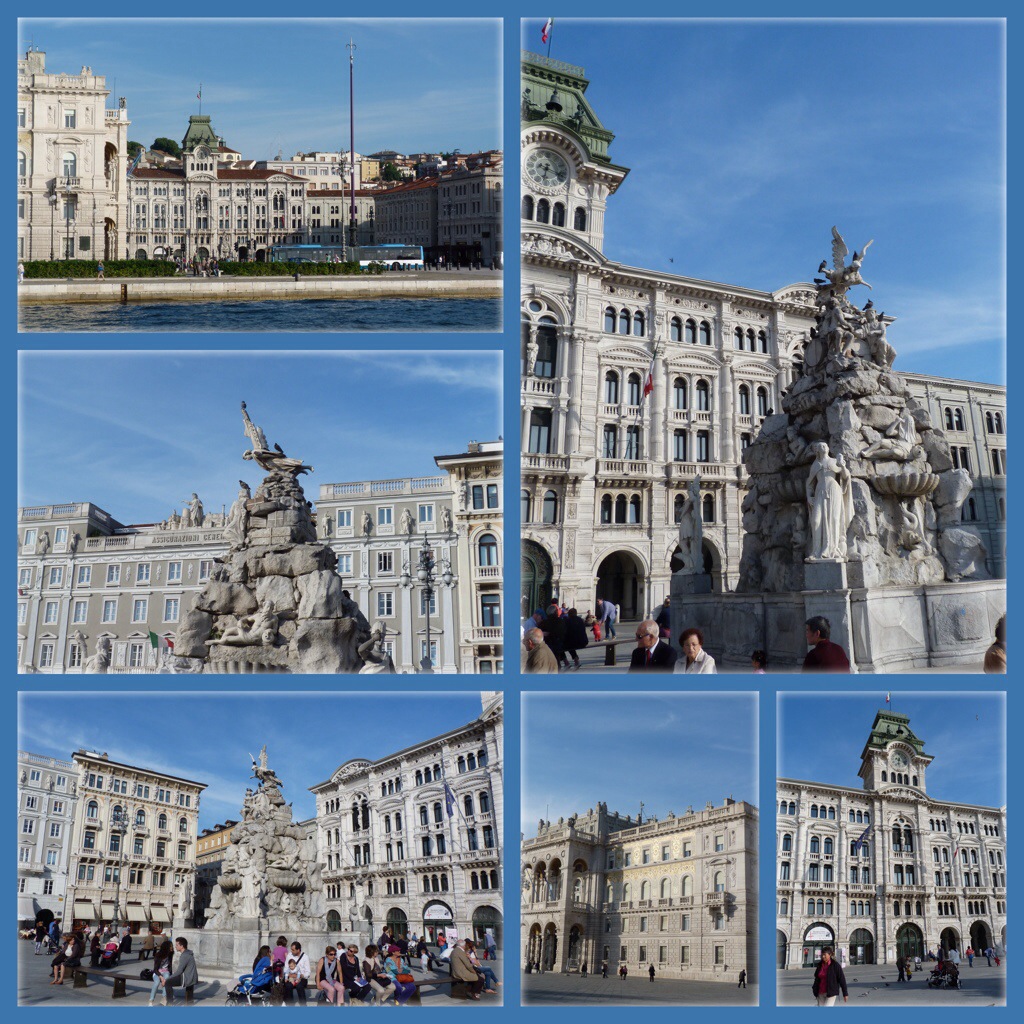