Wikipedia travel invitingly describes Sarajevo as one of the most historically interesting and varied cities in Europe. Set in a mountain valley, it is astounding to look out over the city and realize that for 1,300 days between 1992 and 1995 the city was under a medieval-style siege determined to cut off food, water, electricity and telephones. It was the longest lasting siege in modern European history. Then its population was about 300,000 and today it is still not a huge city.

We came in after a very long drive out of Bulgaria, across Serbia and into Bosnia finally climbing down alpine mountains and through narrow valleys into a city under lock down traffic control–the City Hall was opening after renovation and repair from the siege–all of Sarajevo was turned out to celebrate!! Redirected by the police and helped many times by locals we are in and settled surrounded by the buzz of celebration.

For the most part, the city has physically recovered from the majority of the war damage caused by the Yugoslav Wars. About 400.000 people live in its very livable, vibrant and busy urban areas. The bridge in Sarajevo is directly across the street from where Archduke Franz Ferdinand was killed by a Serbian assassin, setting in motion the beginning of and World War I. 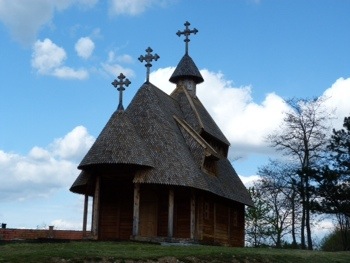 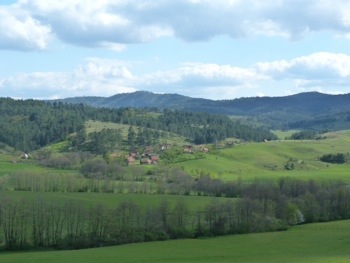 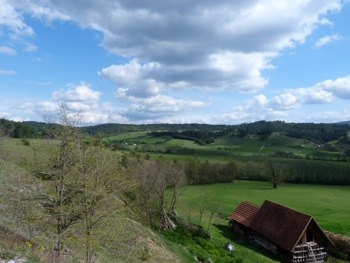 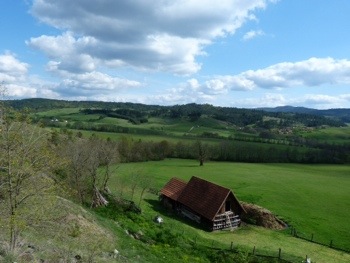 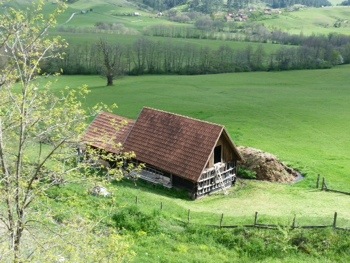 Last Stretch of Road into Sarajevo 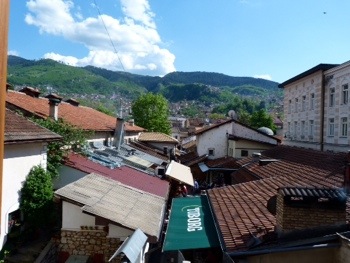 The View from our Room 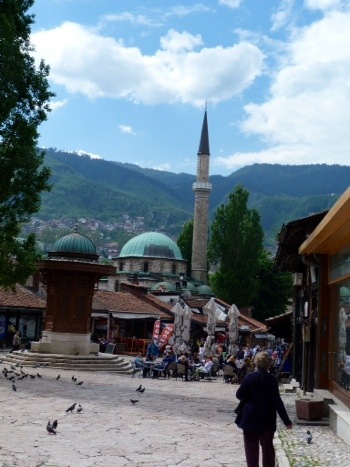 Early this morning while the air was fresh we were out on the cobblestones of the Ottoman influenced old town, the Baščaršija. We started at “Pigeon Square,” nicknamed for the abundant flighty residents and right down the street from our hotel. The entire area felt like a mini-Istanbul with mosques and cramped markets and even a caravanserai which all blend seamlessly into the Hapsburg’s Sarajevo on Ferhadija Street with the Jewish quarter and the Catholic Cathedral and including the Markale covered market where the natives buy meet, cheese and eggs.

Moving down Maršala Street toward the highrise district, commercial and government buildings into Sniper Alley. Shelling scars still show on many buildings in this area. Memorials and tributes to the fallen of the war are present in every sector and every park. They are side by side against new skyscrapers and rennovated office and condominium complexes.

Today demonstrators were out in front of the President’s Residence protesting government corruption and unemployment. Sympathizers pounded their horns as they roared past. Apparently the “temporary” negotiated peace settlement brokered by American Richard Holbrook that was to replaced by a “real” constitution has never happened and the unwieldy and ineffectual layers of redundant government has led to massive corruption. Three branches of legislative bodies all have final veto so nothing ever gets passed. The presidency is apparently a triumvirate that has similar entrenchment issues, The economy, high unemployment and ethnic tensions all contribute to concerns for a fabulous resilient county and this treasure of a city 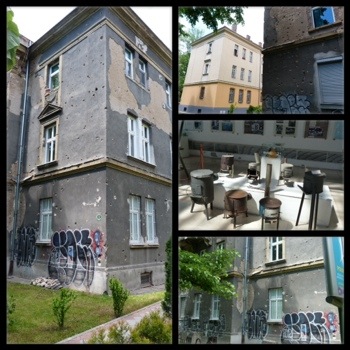 Ever Present Scars of War 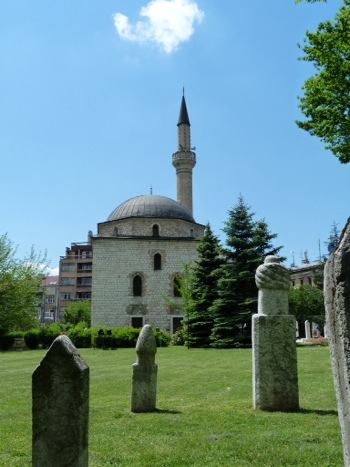 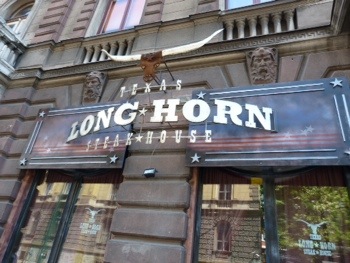 Proud Bakers of our Savory Bosnian Meat Pies for Lunch 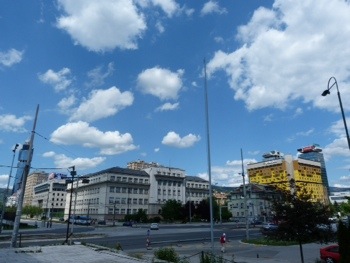 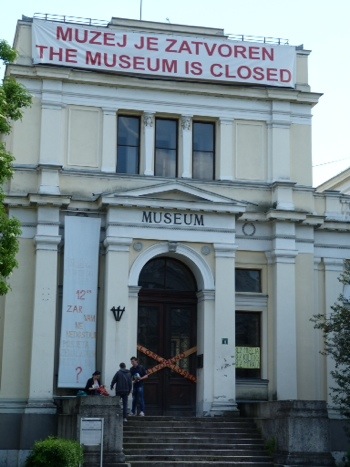