Originally we had intended to visit and stay in Zagreb, Croatia’s capital city. But less than an hour away is Varaždin, reputed to be  less traveled but well worth the visit. What a refreshing change. We were part of handful of tourists in the enite town–no groups led by bobbing flags–just the delightful locals and us.

This central European Baroque town and former ancient Croatian capital, is a ” history book come alive,” according to the locals. Varaždin  is one of the best-kept secrets in Croatia. The Nelson’s decided to risk a non-UNESCO endorsed site BUT I will confess, on the NYT list of places to visit in 2013. Although travelers visiting Zagreb do occasionally take a day trip to Varaždin, it still seems to remain quaint (and incredibly less expensive) with cafés, unique museums, a majestic medieval castle – and one of Europe’s best collections of intact Baroque buildings. Varaždin is known as “Little Vienna” among Croatians and owes its Baroque bonanza to its position as Croatia’s once capital from 1756 to 1776. Though its reign was short lived, a fire in 1776 destroyed much of the town, and the capital was moved back to Zagreb. During those two decades, religious orders, noble families and wealthy tradesmen brought in some of the country’s best architects and painters to construct mansions and palaces most of which have been meticulously reconstructed and maintained. A huge bonus for illiterate Americans is that young persons under 30 speaks fluent English and love to practice. 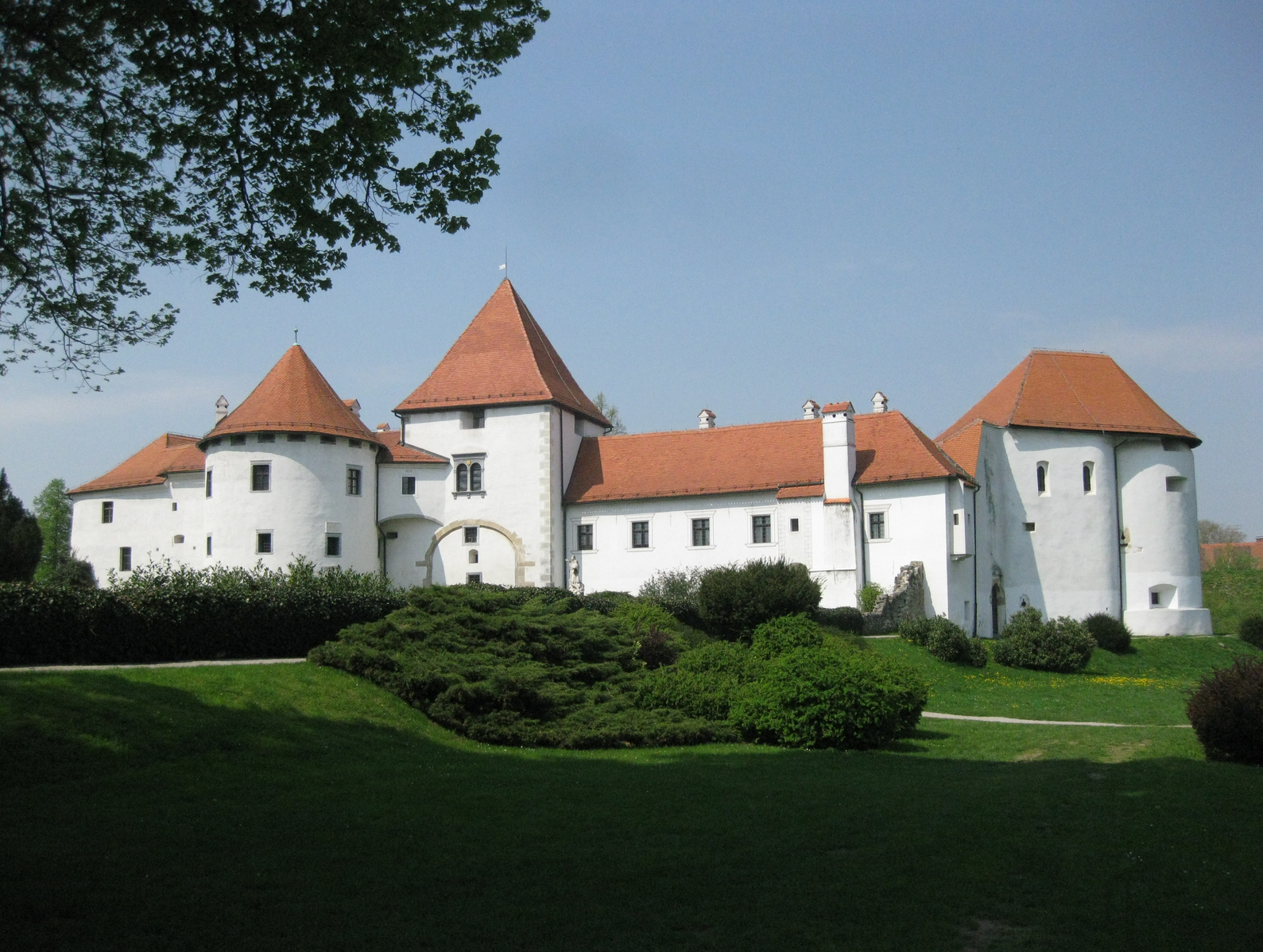 The historic town square (Trg Kralja Tomislava), makes it impossible not to be charmed by the elegantly exuberant, pastel-colored facades of the baroque buildings that line Varaždin’s centre.

The lack of tourists means the city doesn’t have the theme-park-like atmosphere we have often experienced in well-trodden historical towns. This lack of tourist infrastructure is more appealing than annoying – with one notable exception: the Croatian-only signage on most lavatory doors; (NB Muskarc means men, Zene means women.)

As an homage to its historic heritage, every year in late September to early October the city holds an internationally acclaimed series, Varazdin Baroque Evenings, during which soloists, orchestras and opera singers from around the world gather to fete Baroque music. Performances are held across the city as well as in castles and churches in neighboring towns. 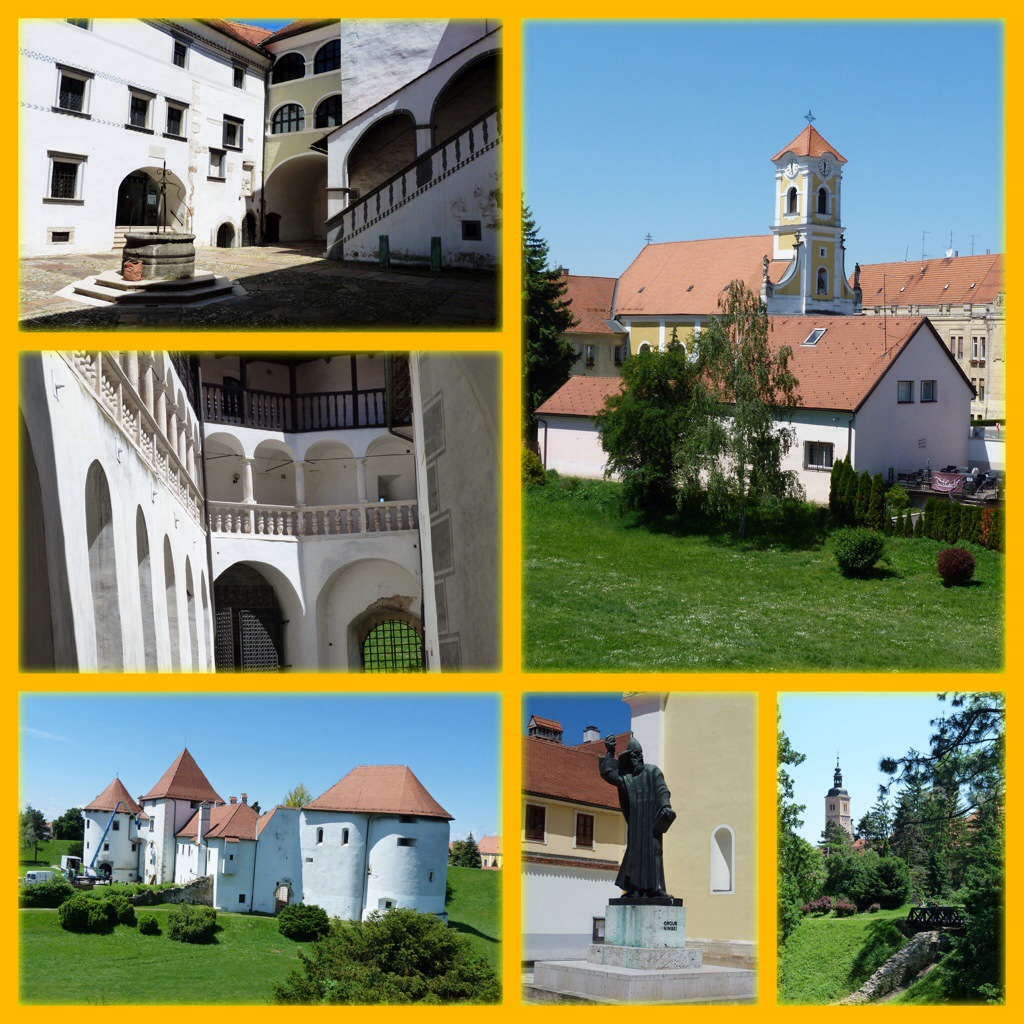 Stari Grad – “old town” – a medieval fortress built in the 14th century that presently houses a cultural collection of Varazdin artifacts dating from the Middle Ages. Stari Grad, is much more whimsical; with its whitewashed exterior and numerous, rotund, red-capped towers it looks like something that fell from the clouds or out of a child’s fairytale. 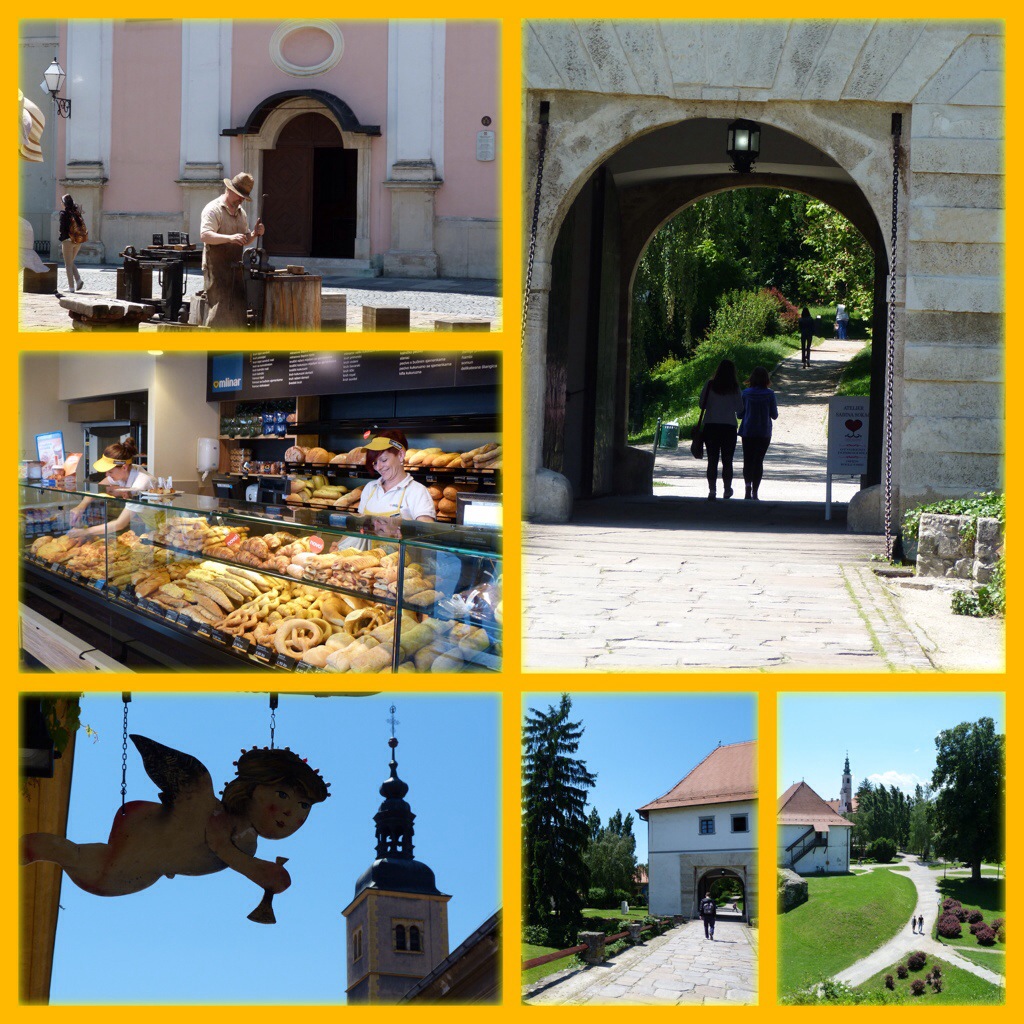 Around Town and Townies 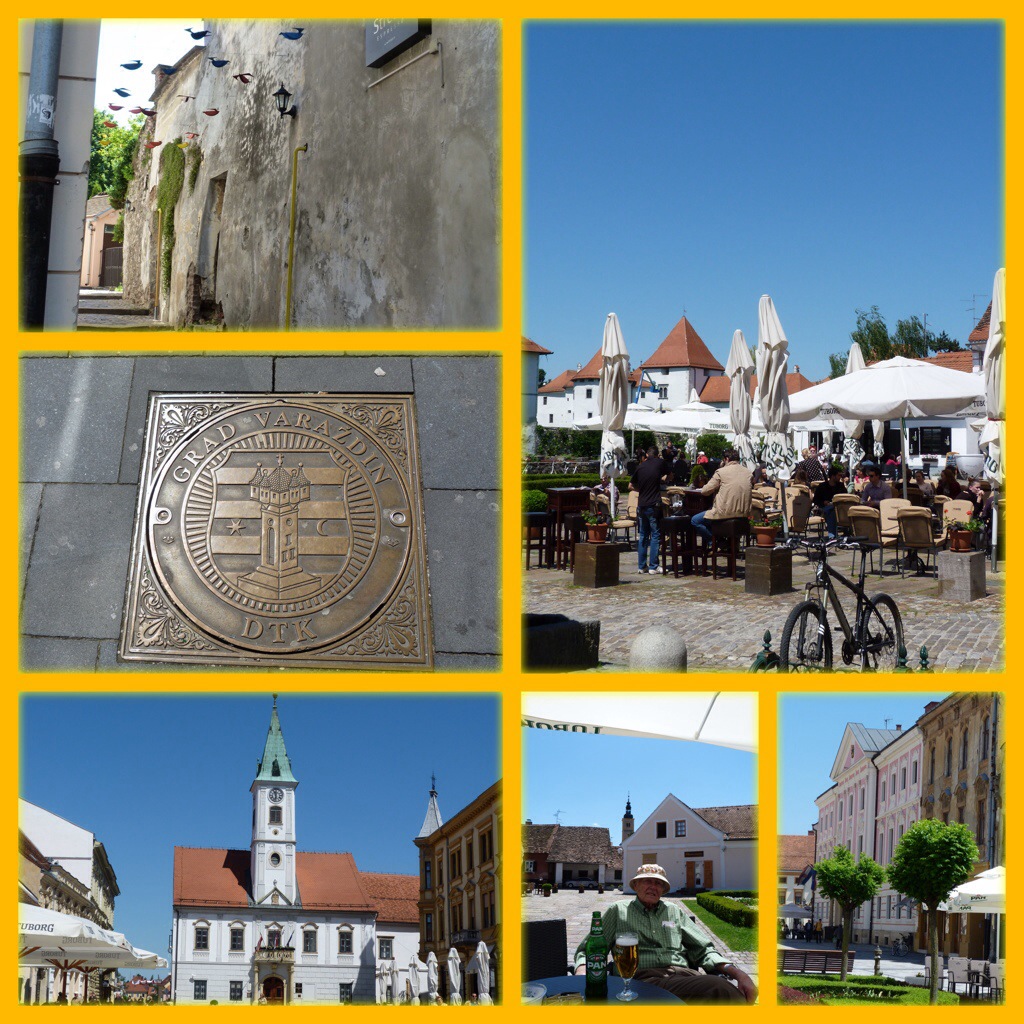 On and Off the Town Square 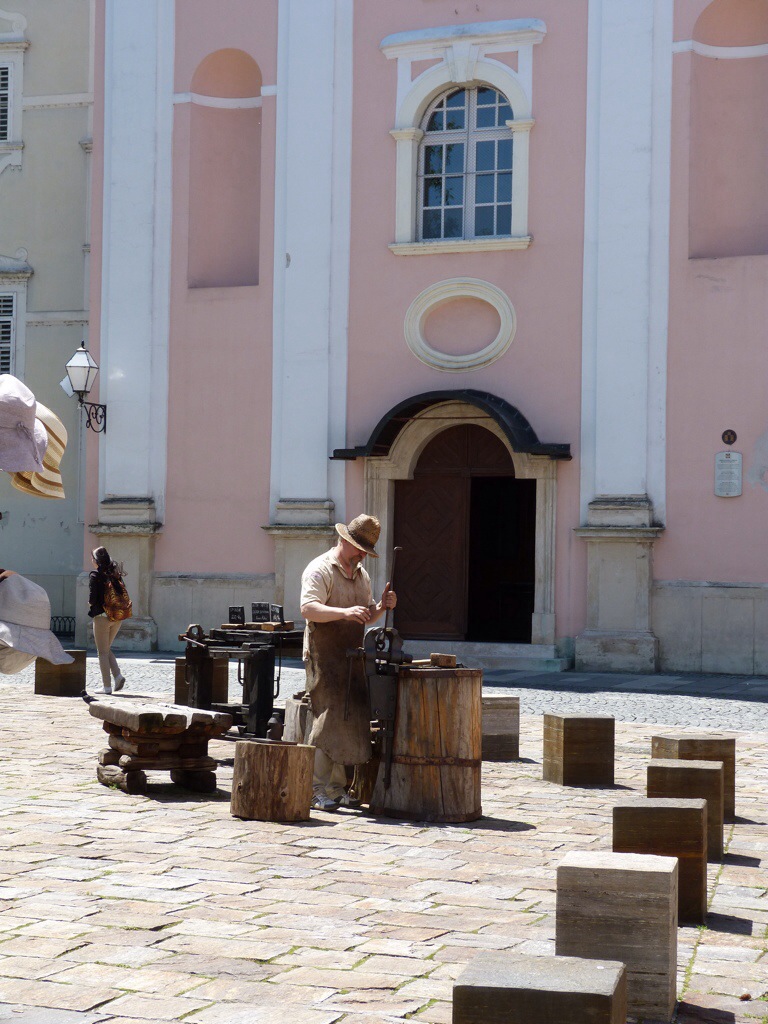