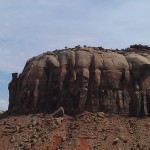 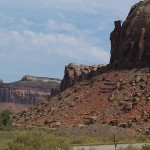 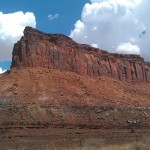 How Many Cowboy Movies has This Bluff Starred In? 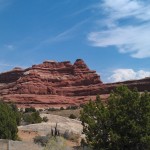 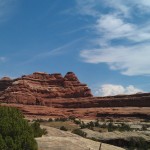 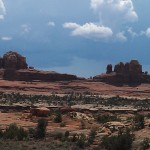 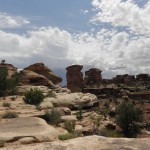 Water and Ice Plus Extreme Temperatures Sculpting Away 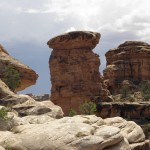 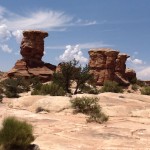 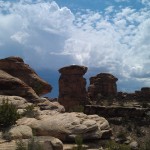 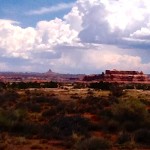 Skys are as Fabulous as the Terrain 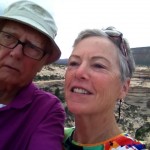 Trying for the IPad Moment in front of A Bridge 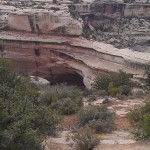 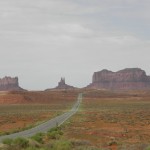 Such a Familiar Image but it Draws Us In 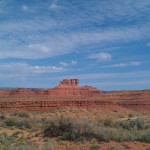 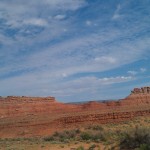 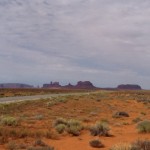 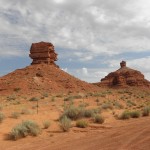 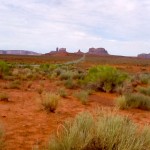 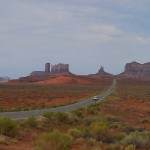 Once a Wagon Track? 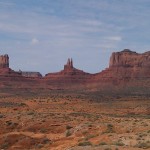 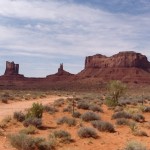 Every Vista is a Monument 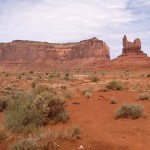 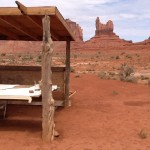 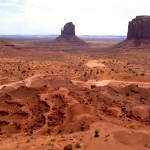 Overlooking Monument Valley from the Reservation

Natural Bridges discovered first by a prospector in 1883 looking for gold along the Colorado River, then publicized by National Geographic Magazine in 1904 and proclaimed Natural Bridges National Monument by President Theodore Roosevelt in 1908 thus creating Utah’s fist National Park system area.  Canyonlands, Arches, Island in the Sky, Cedar Breaks, Zion, Bryce and Capital Dome were gratefully added as appreciation and preservation for these natural wonders.   What a gift for us and our progeny!!

Water and gravity are the land’s prime architects, cutting flat layers of sedimentary rock into hundreds of canyons, mesas, buttes, fins, arches and spires.  The Green and the Colorado rivers dominate canyon formation in the general area.  These remote lands were known only to native Americans, cowboys, river explorers and uranium prospectors until the national park was established in 1964.  Formation trivia: natural bridges differ from arches in that they are formed by the erosive action of moving water.  Arches are formed by other erosional forces like seeping mo1sture combined with frost action.